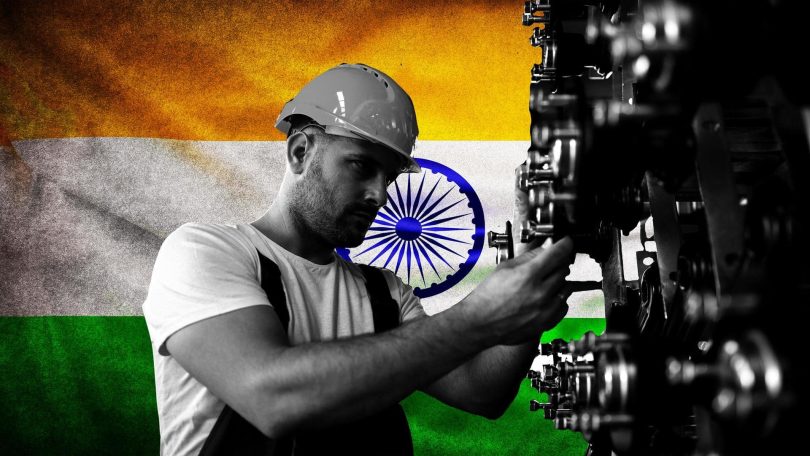 The Indian economy is set to witness steady growth as most domestic manufacturers are confident about sustaining growth momentum in the coming six-nine months despite global headwinds like supply chain issues amid the Russia-Ukraine war, a FICCI survey showed.

Notably, after the Indian economy’s post-pandemic revival in 2021-22, it continued to witness growth in subsequent quarters, too, in Q1 and Q2 of FY 2022-23.

Why does this story matter?

The findings of the Federation of Indian Chambers of Commerce and Industry’s (FICCI) survey of 300 manufacturing units is in line with the latest Purchasing Managers’ Index (PMI) for manufacturing of 55.3 for October.

This is an increase—from 55.1 in September—indicating the sector’s stability despite the economic slowdown globally.

A PMI value higher than 50 suggests expansion in economic activity in the sector.

What’s the FICCI survey about?

The industry survey also predicts steady growth for in 2022-2023, even as top global economies such as the US, China, and the European Union area are expected to slow down.

In September, the Organization for Economic Cooperation and Development claimed that the global economy would suffer a $2.8 trillion loss by the end of 2023 due to the ongoing war between Russia and Ukraine.

It also projected that the number would increase even more if a severe winter led to energy rationing across Europe.

Russia’s invasion of Ukraine has triggered a rise in energy prices that cut household spending and reduced business confidence globally, especially in Europe.

In October, the World Bank predicted the economic activity in Europe and Central Asia is set to remain low in 2023, with just a 0.3% increase expected next year, slowing down the post-pandemic economic recovery there amid the Russia-Ukraine war.