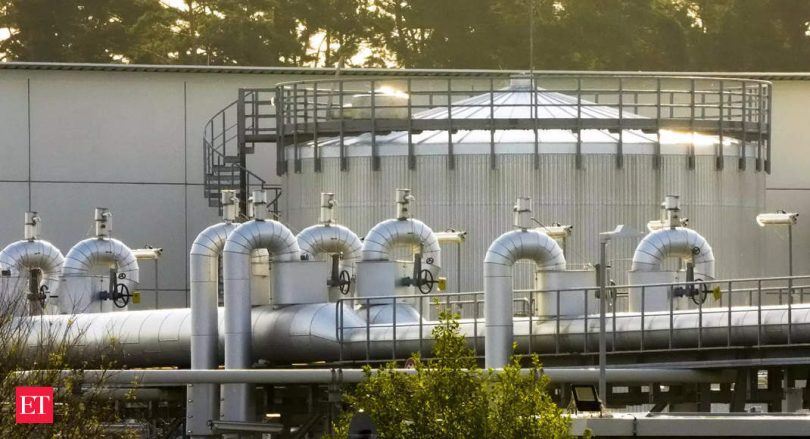 New Delhi: India’s natural gas consumption fell 10% in August from a year ago, driven by lower production at home and a sharp drop in pricey imports. Consumption fell to 5.2 billion cubic metres (BCM) from 5.8 BCM in the year-ago period.

Import of liquefied natural gas (LNG) fell 19% to 2.37 BCM in August on high prices and limited availability in the spot market. Indian gas importers are unable to source LNG from the spot market as most supplies are headed to Europe where buyers are willing to offer record-high prices ahead of winter amid sharp supply curbs from Russia.

The benchmark prices of LNG meant for Asian customers are currently around $42 per mmBtu in the spot market. The rate had risen to nearly $70 in August. This has made spot gas unaffordable for most customers in India. By comparison, the domestic gas price is $6.1 per mmBtu and the ceiling for gas from local difficult fields is $9.92 per mmBtu.

But a key supplier, Russia’s Gazprom, has refused to honour its long-term contract with state-run Gail for supply of 2.5 million tonnes of LNG per year. This has forced GAIL to cut supplies to some of its customers.

A marginal drop in domestic supplies to 2.89 BCM in August from 2.92 BCM last year has exacerbated consumers’ woes. The drop was led by a 5% decline in output from ONGC’s fields. Production from private sector fields marginally rose. In the April-August period, gas consumption fell 4% year-on-year while imports declined 10%. The share of imports in overall consumption decreased to 45.6% in August from 50.6% a year earlier.