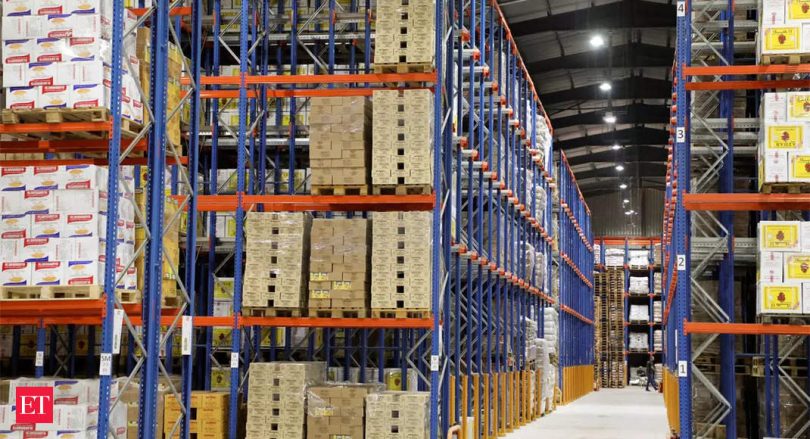 Infiniti Retail, a subsidiary of the Tata Group, has picked up nearly 6.30 lakh sq ft warehousing space at Welspun Logistics Park in Bhiwandi near Mumbai through a long-term lease of 18 years.

The consumer durables and electronics retailer, operating under the brand name Croma, has entered into an agreement for the same with DBG Estates, a subsidiary of Welspun One Logistics Parks (WOLP), an integrated fund, development, and asset management organization.

The company will be paying a total lease rental of Rs 531 crore through the entire term of the lease. The rentals including the common area maintenance charges in the first year will be Rs Rs 1.63 crore per month for this warehousing space.

As part of the agreement, DBG Estates is not allowed to terminate the lease until its tenure comes to an end, while Infiniti Retail will have a lock-in period of 48 months, showed the documents accessed through CRE Matrix, a real estate data analytics firm.

The company will get rent-free access to the property for three months for fitouts. While the early access will be given to Infinity Retail on February 1, 2023, the final handover of the leased premises after the completion of handover formalities will be on May 1, 2023.

Infiniti Retail will be paying security deposit of a total Rs 6.51 crore in three tranches including the execution of the letter of intent, signing of the lease deed, and the lease commencement date.

As part of the deal, Infiniti Retail will get exclusive access to a total 373 parking slots comprising 15 car parks, 278 bike parks and 50 truck parks.

ET’s email query to Infiniti Retail and Welspun One remained unanswered until the time of going to press.

The demand for warehousing space has stood out in the last few quarters led by penetration of e-commerce and growth of third-party logistics in the middle of the ongoing pandemic scenario.

According to experts, the accelerated adoption of e-commerce, same-day or next-day delivery commitments fulfilled by third-party logistics companies, and the need to diversify supply chains are pushing demand for warehousing and logistics.

A favourable regulatory backdrop along with the government’s support through policy and reforms are further expected to boost the infrastructure spend and in turn the overall demand for modern warehousing.

The industrial and logistics segment has become a key growth driver in real estate and expansion of the online retail sector has resulted in greater demand for warehousing, thereby resulting in higher investments in infrastructure and supply chain modernisation.