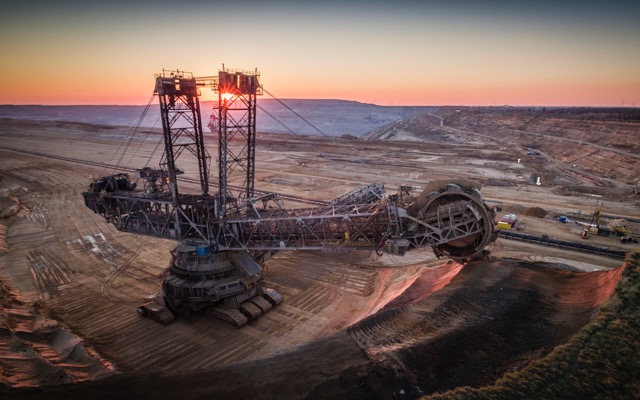 Commodities are unquestionably a good place for investors at a time of rising inflation, but the same force driving up the price of minerals and metals can also produce killer cost increases.

While still in business as a processor of a mined stockpile of ore at its Mt Morgans gold project in WA, and as an explorer, Dacian has been sharply marked down on the market with its share price falling 70% over the past 10 weeks to an all-time low of $0.081.

The lesson of Dacian is that even a gold price of more than US$1,800 an ounce cannot save a mining business hit by a 68% hike in contractor load-and-haul rates, a 42% increase in the price of diesel fuel and a 40% rise in the price of natural gas, with another 9% to come later this year on the gas bill alone.

The importance of Dacian for investors is to recognise that the company is not alone.

Other companies yet to report their own cost horror stories will be in a similar state of “profitless prosperity” as high commodity prices deliver cash and even higher costs take it away.

A warning of what’s happening with costs in the mining industry was the focus of a Small Caps story earlier this year, which looked at two case studies: Geopacific Resources (ASX: GPR) and Bardoc Gold.

Geopacific was forced to suspend work on its promising Woodlark gold project in Papua New Guinea when heavy rain added to development costs.

Bardoc faced a similar cost challenge at its namesake gold project in WA, but moved swiftly to negotiate a merger with a financially stronger neighbour, St Barbara (ASX: SBM), which is also having its own development problems.

Those three high-cost examples are a warning that greater than normal care needs to be taken when approaching the resources sector, which has outperformed the broader market since the start of the year.

The cost factor is just one issue for investors to watch as a sea-change washes over the resources sector with yesterday’s favourites fading and new leaders emerging.

Iron ore, for example, appears to have finally hit a wall of global over-supply and slowing demand in China, easily the biggest market for steel.

It might also be said that reports of iron ore’s demise rival that of Mark Twain who famously replied to media stories of his passing that: “the reports of my death are greatly exaggerated” – but even Twain (real name Samuel Clemens) eventually died.

Most iron ore miners remain profitable at the latest price, but there are a handful, especially smaller companies, which will be feeling the heat, with some locking in hedging to protect against further price falls – a sensible move on the revenue side of the business, but one which does not protect the costs side.

It’s against this background of rising interest rates as central banks rush to crush a damaging outbreak of inflation that ANZ Bank published its latest Commodity Tracker report, which is a useful guide to the big picture of likely trends that, include a neutral ranking for bulks (such as iron ore and coal) as well as industrial metals (such as copper, zinc and aluminium).

Precious metals (such as gold, silver and platinum) were also neutral, but trending up towards a strong outlook, while energy (oil, gas and coal) scored a strong rating as governments, industry and households, battle a premature attempt to embrace renewables at the cost of ignoring shortages of traditional fossil fuels caused in part by the war in Ukraine and sanctions on Russia

While not intended as an investment guide, the ANZ view of the commodities sector is useful because it reflects significant changes in the way the world works with demand for basic industrial material slowing as signs of recession emerge in Europe and the US, while China slows its economy with never-ending COVID lockdowns.

ANZ singled out China as the primary concern for industrial metals as consumer confidence falls ahead of what could be a significant economic slowdown with “decelerating” industrial activity reflected in the banks retreating Global Leading Indicator.

Even battery metals are showing signs of strain after a stellar run with Russia’s war in Ukraine weighing on auto production and sales growth.

Precious metals, which are expected to outperform industrial commodities, face their own pressures which come with a rise in US interest rates and limited interest from investors who customarily buy gold as a safe haven.

But ANZ believes the gloomy economic backdrop will eventually add to gold’s appeal.

Energy is the big winner in the current investment climate with demand strong as economies re-open after COVID shutdowns and supply disrupted by sanctions and a lack of investment in new oil, gas, and coal fields.

“Mobility indicators are approaching pre-pandemic levels,” ANZ said – an early sign of continued pressure on the oil price which will, in turn, boost prices for gas and coal.

Good news as the higher prices are for energy producers, they are likely to be the icing on the costs cake for everyone else, because higher power prices flow across the broader economy and miners are major users of diesel for trucks, and electricity for processing.

The cost spike, which has just hit Dacian, is the same one which hit Bardoc and Geopacific.

More problems are brewing as inflation worms its way into every corner of a business.

Investors should be keeping as close an eye on costs as they are on commodity prices because one is doing more than counteracting the other.