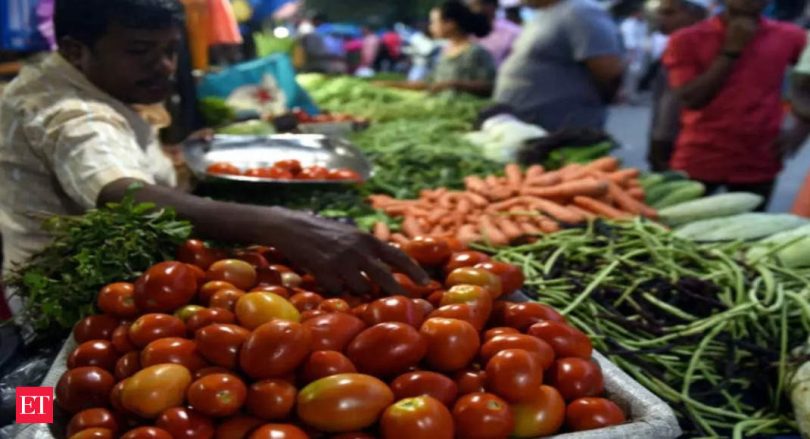 India’s retail inflation surged to 7 percent on an annual basis in the month of August from 6.71 percent in July 2022.The number has remained above RBI’s tolerance band of 2-6 percent for the eighth consecutive month.

Sequentially, the headline inflation grew by 0.52 percent from 0.46 percent in July.

Fuel and light inflation declined to 10.78 percent in contrast to 11.76 percent in July.

The rolled out number can be attributed to decline in average prices of edible oils in August, reflecting the transmission of the import duty cut by the government as well as the ongoing downtrend in global prices.

Some of the key constituents of the Indian staple diet including pulses, rice and wheat witnessed an increase in their average prices on the back of record heatwave and squeezing household budgets. This became a key driver of the retail food inflation for August 2022.

Lag in kharif sowing of rice and pulses added to the inflationary pressures.

The global prices of metals and crude oil have witnessed a sequential decline since mid-June 2022 following the fears of a recession in major economies amid monetary tightening by central banks.

In addition to these factors, the supply-chain disruptions due to ongoing geopolitical factors and hardening of commodity prices globally continue to thrust ahead the inflationary pressure.

August’s number snapped a three-month downward trend which may add pressure on the Reserve Bank of India to hike interest rates more aggressively in coming months.

A Reuters poll of about 45 economists had suggested that despite the Indian government restricting wheat flour exports towards the end of last month, inflation likely rose to an annual 6.90 percent in August, compared with 6.71 percent in the prior month.

“Food prices have actually gone up for major cereals, pulses and vegetables on an annual basis because of the production challenges and shortfalls caused by a blistering heatwave,” Reuters quoted Kunal Kundu, India economist at Societe Generale, as saying.

He also said erratic monsoon patterns across the country suggest there would be more crop damages, keeping food prices elevated in coming months.

Aditi Nayar, Chief Economist, ICRA, had suggested the inflation print to come in at 6.9-7.0 percent.

“Given the base effects, we expect the CPI inflation prints for August 2022 and September 2022 to rise slightly to ~6.9-7.0 percent from the 6.7 percent seen in July 2022, in spite of which we believe that the average inflation for the ongoing quarter will modestly trail the MPC’s projection of 7.1 percent,” she said.

A report by Deutsche Bank had estimated India’s consumer price index (CPI) to land at 6.9 percent year-on-year in August, while core inflation likely stood at 6 percent.

The RBI’s own projections had shown inflation staying above the 6 percent top end of its target range until early 2023.

On the other hand, India’s industrial growth, measured by the Index of Industrial Production (IIP), recorded a growth of 2.4 percent in July, as against 12.3 percent in June, data released by the National Statistical Office showed.

The manufacturing sector, constituting a major chunk of IIP which is close to 77 percent, recorded a growth of 3.2 percent in July as against 12.5 percent in June.

The mining sector, weighing nearly 14 percent, contracted by 3.3 percent. Meanwhile, the electricity segment grew by 2.3 percent as against 16.4 percent in June.

As per the use-based classification, the primary goods segment recorded a growth of 2.5 percent in July. The other sectors including infrastructure, capital goods, and intermediate goods witnessed an increase of 3.9 percent, 5.8 percent and 3.6 percent respectively.

Consumer durables sector grew by 2.4 percent, meanwhile, non-durable sector contracted by 2 percent in the month of July which shows that there is still pain in the overall consumption segment and people are cutting back on their daily expenses.