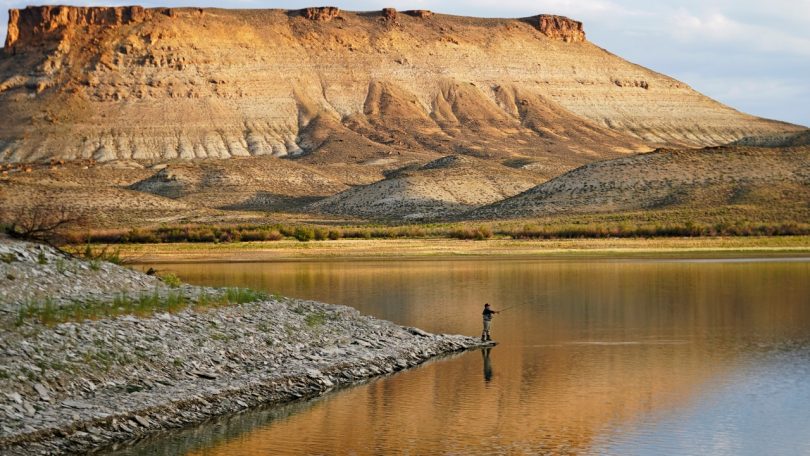 The Bureau of Land Management (BLM) on Monday announced two proposed oil and gas lease sales for nearly 100,000 acres of land in Nevada and Utah.

The land in question would be leased under updated provisions from the Inflation Reduction Act, President Biden’s expansive climate and infrastructure package that became law earlier this year. Under the updated regulations, minimum bids would be set at $10 per acre, a fivefold increase from the previous minimum of $2 per acre. This marks the first increase in the minimum in 35 years.

The sales will also reflect updated royalty rates for oil and gas leasing, with minimum rates increasing from 12.5 percent to 16.7 percent. Meanwhile, while rental rates before the act were $1.50 per acre for five years and $2 per year thereafter, the new rates will increase to $3 per acre for the initial two years, $5 an acre for the third through eighth years and $15 in the ninth and tenth years.

The Biden administration first announced the royalty hike in April as part of an earlier oil and gas lease sale announcement. After initially pausing all new oil and gas leasing on federal lands in 2021, the administration lifted the freeze following an injunction by a federal judge. Earlier this year, the administration approved the first new lease sales in Nevada and Utah, as well as North Dakota and Montana, prompting a lawsuit from a coalition of environmental groups that argued the sales violated the Federal Land Policy and Management Act.

“The very least the BLM could do is acknowledge the connected nature of these six lease sales and their collective impact on federal lands and the earth’s climate,” Melissa Hornbein, a senior attorney with the Western Environmental Law Center, said in June. “Its failure to do so is an attempt to water down the climate effects of the decision to continue leasing, and is a clear abdication of BLM’s responsibilities under the National Environmental Policy Act.”

The Sierra Club, one of the plaintiffs in the earlier lawsuit, said the announcement undermines the goals of the IRA.

On The Money — Rail strike back on the table

“The IRA is one of the biggest steps the U.S. has taken towards achieving its climate goals, including fiscal reforms that hold the oil and gas industry accountable. Its long-term success is weighed down by the harmful provisions promoting oil and gas leasing,” Athan Manuel, Director of the Sierra Club’s Lands Protection Program, said in a statement.

“Public lands are a critical part of keeping the Paris Accord goals within reach, and sustaining a thriving planet. Fossil fuel leasing and extraction on public lands is incompatible with these goals.”