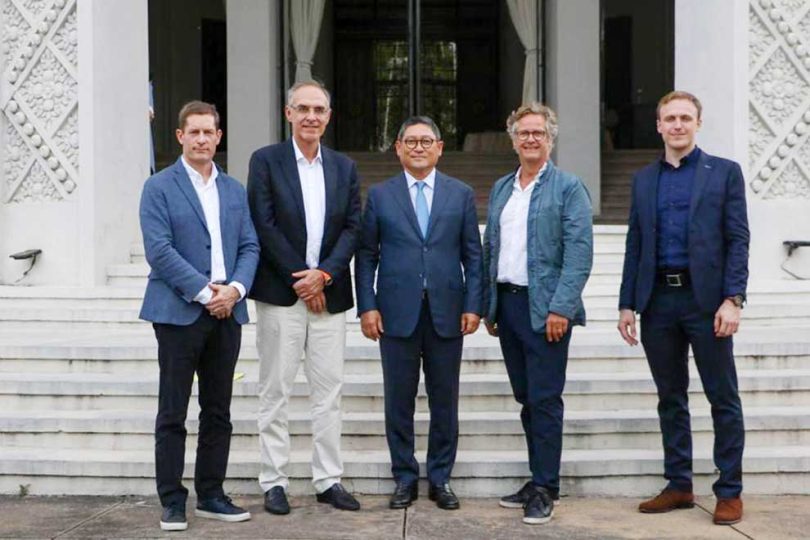 A “well-known” but unnamed international brand has chosen Cambodia as the location to set up a new export-oriented jewellery factory, revealing plans to start investment operations in early 2024, the Council for the Development of Cambodia (CDC) reported.

These plans were discussed during a January 2 meeting between CDC secretary-general Sok Chenda Sophea and company representatives, who mentioned that the plant would also supply “world-renowned brands” with locally-made items, according to a statement issued by the council, the government’s highest decision-making body for large-scale investments.

“The company’s decision was based on the premise that Cambodia has a long-standing culture and civilisation, which is a key [consideration for the firm] to harmonise the products that it plans to make in the Kingdom,” the statement said.

The company, which did not authorise the disclosure of its name at this time, has been studying Cambodia’s investment potential since the beginning of 2019, according to the CDC.

Speaking to The Post on January 3, Cambodia Chamber of Commerce (CCC) vice-president Lim Heng opined that the company’s debut in the Kingdom would provide fresh impetus for large companies to invest here, adding to the growing list of major international players such as Toyota, Ford and Coca-Cola.

He posited that political stability, strong economic growth, a large pool of skilled yet affordable workers, and a favourable geographical location play a major role in local and foreign players’ decisions to put their money into the Cambodian market.

“In fact, Cambodia is now attracting more and more world-class companies to come and invest directly. The presence of these behemoths in turn draws in more and more big businesses,” he added.

In addition, Heng highlighted the fact that the Kingdom has to import significant quantities of gold, gems, diamonds and jewellery to meet domestic demand.

However, these quantities may be on the decline, as suggested by Customs data. Imports of jewellery and similar items – corresponding to Chapter 71 of the harmonised tariff schedule – totalled $4.644 billion in the January-November period, down 8.98 per cent year-on-year.

The global jewellery market is also anticipated to grow at a considerable rate for the remainder of the decade. US-based Grand View Research Inc, for example, reported the value of the market at $249.02 billion in 2021 and the expected compound annual growth rate (CAGR) during 2022-2030 at 8.5 per cent.

Meanwhile, Cambodia’s four official gold producers have pumped out more than 4.8 tonnes of dore bars – a semi-finished product that is smelted at a mine, usually at about 90 per cent purity – since the first commercial gold pour took place in June 2021, according to Minister of Mines and Energy Suy Sem on November 30.

Speaking at a ministerial meeting, Sem reported that Australian-owned Renaissance Minerals (Cambodia) Ltd in the Okvau area of Mondulkiri province’s Keo Seima district produced over 95 per cent of the bars, weighing a total of 4.598 tonnes.

The total weight of dore bars produced in the Kingdom had risen to 4,850.050kg as of December 2, according to Ung Dipola, ministry director-general for mineral resources. No breakdown by company was immediately available.

Dipola told The Post last month that Renaissance ships its dore bars abroad to refine to 99.99 per cent purity, while the other three companies carry out the process locally.

Of note, the Ministry of Commerce’s business directory lists officers with overseas addresses for all three of Delcom Kampuchea, Xinshan Industrial Cambodia, and Xing Yuan Kanng Yeak – all in mainland China.

Dipola confirmed that there are currently only four active gold mining licences, although exploration rights for a few additional areas have also been granted.

Although official commercial gold mining operations are currently confined to the northeastern provinces of Preah Vihear, Mondulkiri and Kratie, there are exploration activities underway in Tbong Khmum, Ratanakkiri and Battambang, he shared.

Renaissance became Cambodia’s first commercial gold miner, with the first gold pour at the site on June 21, 2021. The Kingdom expects the project to generate $185 million per annum in pre-tax cash flow, with $40 million from royalties and taxes transferred to the national budget, according to Prime Minister Hun Sen.