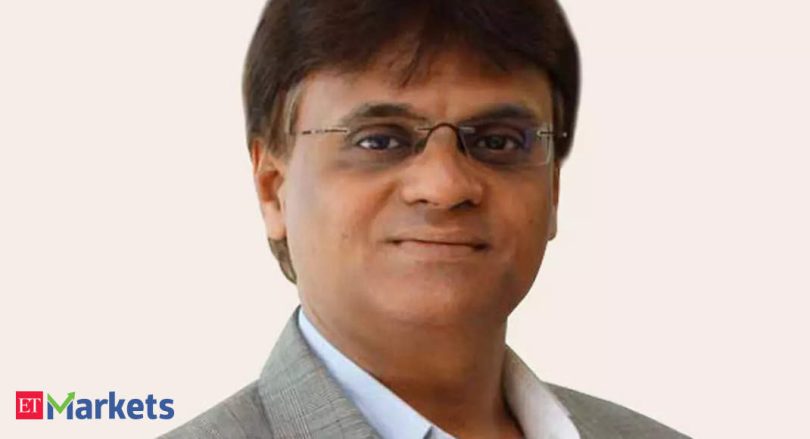 “In the smaller pockets of southern India, there are many small companies which are probably suffering more because of the economics of scale and in the southern pocket, one could see some amount of consolidation happening within the smaller companies. The combined , Ambuja taken over by the Adanis, is at the top in the list as far as the opportunity goes, says Deven Choksey, MD, KRChoksey Holdings Pvt. Ltd

On stock ideas
Some very important developments are happening in the areas of fintech and some of the larger banks are going to be playing a role where I probably would like to go with companies like and Ltd combined, where a significant amount of initiatives have been taken for creating the frontend for lending.

It is going to solve a larger part of the issue of extending the reach to the end-customer and at the same time, bringing down the cost of processing the transaction significantly. This particular format is now emerging for a larger bank like HDFC Bank which is going to be a combined bank with HDFC along with it and with other investments in subsidiaries.

I believe there would be around Rs 50 lakh crore of AUM in sight somewhere in 2025-26. One could possibly go for such a large banking proposition which is now emerging very clearly. This is one organisation, one bank which should be there in the portfolio as far as our investment strategy is concerned.

Similarly, some of the ideas are coming in from the largecap direction but at the same time, investing into the midcaps and that is where I would include companies like UNO Minda where the business of the company is closely linked with the OEMs. Some of the best OEMs are their customers in India and abroad.

From that perspective, with the kind of growth which we are seeing in commercial vehicles and passenger vehicles and the segments in which this company is operating, I would think this is an opportunity going forward for investors from the investment point of view.
Currently, the market is not giving enough preference to the auto, auto ancillary stocks but in my viewpoint, this is the time when one could add selectively in the portfolio such quality ideas.

Which is one stock where you are giving up, where you would say earnings are there, fundamentally the stock is cheap but ultimately it is all about generating superior returns and the cost of opportunity is better elsewhere. Which is the one stock where you are tired of waiting?
Fortunately, in my portfolio, there are not many such stocks except one which is . This is a company which has always been earning well except for the problems that they have been facing in the JLR portfolio and the domestic market portfolio – both commercial vehicles and passenger vehicles.

What a smart comeback in this particular segment! JLR is testing patience for sure but I understand the kind of accords which are happening in the organisation. It gives me relatively more clarity that not everything is lost.

In such cases, at times, it tests your patience but at the same time, for the fundamentals of the business, possibly you will get rewarded handsomely in such opportunities. This is where one requires to carry a lot of conviction in the business. In the majority of the portfolio stocks that we are carrying, we carry good long-term conviction. Even if they do not perform for a couple of years, at the end of it, on a compounded basis, they would have performed eventually.

Normally, we have seen our portfolios compounding in the vicinity of around 25% plus. We are happy with that part of it. Sometimes, some stocks do not appreciate but eventually they catch up in the subsequent period.

How about betting on the entire capex theme – be it capital goods companies, infra related, defence and railways. Especially with the Budget round the corner, this sector is definitely expected to see a boom?
Absolutely. This, according to me, is a 10-year story. For India, infrastructure spending has just started big time. Last year’s Budget allocated Rs 7.5 lakh crore. This year, it is likely to be Rs 9 lakh crore plus. It is a 10-year horizon and the roadmap is about Rs 110 lakh crore spending on infrastructure.

, and for that matter even some part of L&T would possibly have relatively higher order books to execute in the coming period.

That is where there is the argument for having them into the portfolio. Maybe most of these companies are quoting at a decent premium and at this point of time, one would not immediately jump into it but in a corrective market, if the stocks remain sideways for a very long period of time, that would be the time to buy them into the portfolio and make the maximum out of it.

Is there a trade in OMCs? They were losing money, now luckily it looks like they will be compensated and they will make money. These stocks are available at PE multiples of 5, 6, 7, 8 and 9 depending on estimates. The estimates are all pointing that they are below 10 times PE?
I am not a very big fan of the government-owned businesses where probably the decisions are taken at the stroke of a pen. It is unfair that while the companies are in the listed market, all the decisions are taken by the government.

For listed companies, I think the decision should be left to the independent board of directors. But that is not the case here and that is one of the reasons for which one cannot get confidence of investing into these companies. Imagine the kind of business in which they have been operating and for such a long period of time where they have been able to make any kind of impact or a change, maybe nearly growing some part of the capacity. But beyond that they have done nothing.

They could not even change the business model with time. Frankly speaking, it requires a drastic change in the way in which public sector companies are governed in the country and that is where one would like to stay away from it as far as investments are concerned.

What is the outlook on the cement sector as a whole? How would you look at the competition that is picking up within this space and are there any names that merit a look?
We remain extremely convinced about the prospects going ahead for the cement companies and particularly those companies which have pan-India presence. Given the kind of infrastructure projects that we are executing across the country, I would think that companies with pan-India presence, with a larger capacity would be relatively better off.

In the smaller pockets of southern India, there are many small companies which are probably suffering more because of the economics of scale and I believe that in the southern pocket, one could see some amount of consolidation happening within the smaller companies. The combined ACC, Ambuja taken over by Adanis, is at the top in the list as far as the opportunity goes.

On one side, they have Gujarat-based ports where they have got the best abilities to transport cement. On the other side, the mining rights on limestone gives them an edge. So the logistic part of cement transportation with rail, road and waterways combined will be enjoyed by ACC- Ambuja. One could possibly argue that going forward, letting a higher amount of realisation on per tonne as far as profits are concerned, is where we remain relatively more optimistic.

We believe it will also have some amount of inorganic growth including acquisition in some of the pockets where they are not present, would definitely be the order of the day going forward.