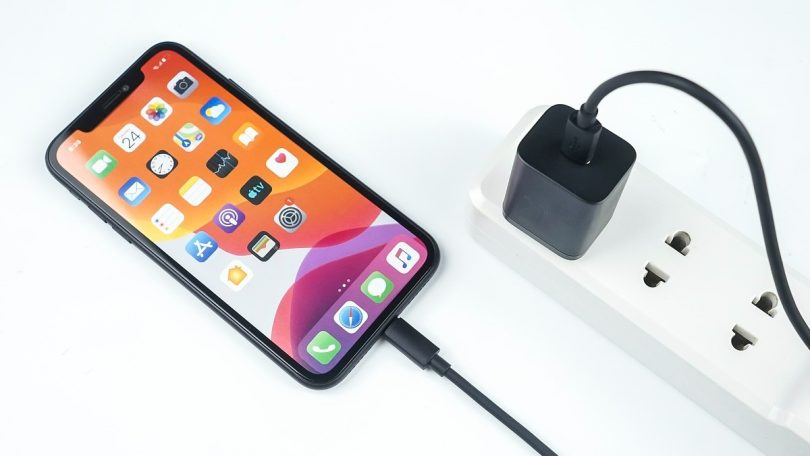 Many have speculated, but only a few believed it would happen. Apple finally confirmed that it is finally bringing the USB-C port to the iPhone. This is what will decide the future of the iPhone, but for now, it is what many enthusiasts are rejoicing over. Also Read – Indian govt lifts ban on VLC Media Player: Check details

It was not a choice for Apple because the European Union mandated USB-C as the common charging point on all electronic devices in 2024. Greg Joswiak, Apple’s senior vice president of worldwide marketing said that the company has no choice other than to comply with the laws, although begrudgingly. Hesitant or not, Apple has to make the iPhone carry a common charging point by 2024. That’s two years from now, but for Apple, it is likely only one future generation of the iPhone. Also Read – Apple supplier Foxconn plans to quadruple workforce at India iPhone factory

What is Apple planning?

Rumours are rife that next year’s iPhone model — likely the iPhone 15 — will ditch the Lightning port in favour of a USB-C port. But that deadline gives Apple a breather, so maybe the iPhone 16 will bring the USB-C port. Adopting USB-C technology on the iPhone would also affect all the accessories. Since Apple would push toward a uniform charging point for all its devices, you might see a USB-C port on AirPods and other accessories. But while it might seem that the days of the Lightning Port are numbered, it plays an important role in the Apple ecosystem, and, thus, is not going away anytime soon. Also Read – iPhone 14 Pro, iPhone 14 Pro Max to get emergency SOS via satellite feature this month: How to use it

Before I talk about why the USB-C port is more convenient, let me take a moment to point out how Lightning Connector, which was introduced as a good alternative to other charging technologies, could not remain a mainstay for Apple devices.

Apple introduced the Lightning Connector back when it launched the iPhone 5, iPod Touch (5th Gen), and the iPod Nano (7th Gen) in 2012. Gradually, the port became ubiquitous for Apple’s mobile devices, including iPads.

It was a time when someone who preferred Apple devices for nearly all categories could charge all devices with just one cable. And even though in markets like India where iPhone users a few years ago had to struggle finding the cable because of most people around them used an Android phone, it was not a big issue for users in markets such as the US where the iPhone has been the most popular smartphone.

So, a little inconvenience for select markets aside, Apple was offering convenience to its users. In the hindsight, it was also an incentive for users to buy more Apple devices. Not that it was the only or the crucial factor behind the buying decision, users liked the fact that they did not suffer hassle charging different devices.

But in 2018, Apple steered away a little. It killed the Ligtning port on the iPad, launching the new iPad Pro models with a USB-C. The decision did not come without a thought. Apple was pitching the iPad as a portable computer, and it would have been a bad look on the company if its most powerful tablet was still going for limited charging access with the Lightning port. Since then, Apple has increasingly replaced its entire iPad lineup with models that have a USB-C port. Particularly, for the ease of access for professionals. USB-C is everywhere and Apple did not want to restrict its high-paying customers to go through any sort of ordeal.

While the iPads and Macs fortunately adopted the USB-C port, the iPhone stayed behind. Or should I say ahead? Apple’s decision not to remove the Lightning Connector from the iPhone continued the business of several exclusive accessories. However, at the same time, it created chaos for Apple’s devices. A single cable was not enough for all Apple devices. Today, an iPhone uses a Lighting connector, an iPad a USB-C port, and a MacBook a MagSafe connector. I am not saying Apple does not provide you with their respective cables, but you get my point.

But Apple’s next move is only going to increase this chaos, at least for the few initial years. That is because the Lightning connector is coming to only one model in the next or the subsequent iPhone series. Rumours suggest that only the top model — likely the iPhone 15 Pro Max that may also be known as the iPhone 15 Ultra — may come with a USB-C port. If this holds any water, you would be able to connect a USB-C cable to an iPhone if you spend top dollar on it. And that is just a small inconvenience.

A handful of Apple products require a Lightning Connector for wired charging. Apart from the iPhones launched after the iPhone 5, the Lightning Connector charges the AirPods, AirPods Pro, AirPods Max, Apple Pencil, Magic Mouse, Magic Keyboard, and Magic Trackpad. That is a suite of accessories that cannot do without the Lightning connector. Owners of these devices would eventually end up swapping cables if they enthusiastically buy an iPhone with USB-C in the future.

If you leave out the accessories, the iPhone lineup itself would need the Lightning connector for at least the next few years. That is because not every customer buys the latest iPhone. So, for instance, if someone buys an iPhone 14 next year or the year after that, he would not be able to use USB-C. Even today, people go for older iPhone models because of affordability, so Apple, as well as accessory makers, would need to continue offering the Lightning cable. There is a sizeable market for older iPhones and they all use the Lightning Connector. And I am not even factoring in the market of refurbished iPhones that would also likely use the Lightning Connector for wired charging.

But there will be long-term effects of the decision. With USB-C common across future iPhone lineups, Apple would likely harmonise the charging experience for the owners of future iPhones and iPads. The accessories are also likely to switch to USB-C along with the iPhones. Moreover, Apple has improved wireless charging over years. Many users charge their iPhones wirelessly, so the decision has come at the right time. There is also the speculation that the USB-C port on the next iPhones is merely a stopgap in the company’s goal to launch portless devices in the future. And finally, iPhone users would be able to ask their friends with an Android phone for a charging cable.