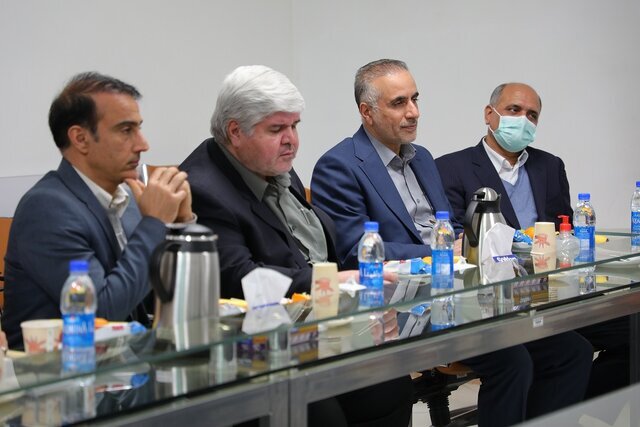 TEHRAN – Iran and Venezuela will develop technological cooperation in the fields of petrochemicals, oil, gas, agriculture and natural resources.

Ali Asadi, head of Science and Technology Park of Tehran University, and José Rafael Silva Aponte, Venezuelan ambassador to Tehran discussed fields of cooperation in a meeting on Tuesday in Tehran.

The Iranian official, for his part, expressed readiness to share technological advances with the Venezuelans and use their expertise in the path to development.

Science and Technology Park is responsible for the development of Tehran University’s technology department, and currently 300 technology units and knowledge-based companies are members in this complex, and 150 companies are also waiting for establishment, he explained, proposing the Venezuelan envoy to set up a joint technology park.

Enhanced academic cooperation, exchange of students and professors, holding joint scientific events and research activities were other issues discussed by the two officials.

Aponte also introduced the dependence of the economy on oil as a problem and stated that removing this dependence is one of the goals of Venezuela, which was also emphasized by our president.

Emphasizing that Iran can be a good example due to the significant achievements in this field, he insisted on trying to benefit from Iran’s experiences not only in technology, but also in various fields.

Moreover, in the field of innovation and entrepreneurship ecosystem development, 65 creative houses and innovation centers, and 30 specialized accelerators have been established with the aim of empowering and strengthening the export capacity of knowledge-based, creative, and technological companies.

In September, more than 82 knowledge-based firms attended an exhibition in Caracas with the aim of exchanging experiences and holding meetings.

Some 200 companies attended this event and 60 cooperation contracts were signed. We tried to provide a field for interaction and synergy between companies, she said.

Nicolás Maduro, the president of Venezuela, said in September that today, Iran is an exemplary country and a country of progress, production, knowledge, and production of products.

Over the past year, in order to realize a resilient and knowledge-based economy, the Vice Presidency for Science and Technology has implemented a series of activities to further develop the ecosystem of innovation and technology in the country.

The Vice Presidency for Science and Technology was founded in 2006 as one of the sub-sets of the government with the slogan of moving from an oil-based economy to a knowledge-based one, aiming at increasing technological capabilities and innovation in order to generate wealth from the knowledge and improve people’s quality of life.

So, over 7,000 knowledge-based and 1,600 creative companies have so far been registered and started operations.

The fields of biotechnology, agriculture, food industries, chemical technologies aircraft maintenance, steel, gas, pharmaceuticals, medical equipment and medicine, oil, electronics and telecommunications, information technology, and computer software are among the sectors that researchers in technology companies are working in.