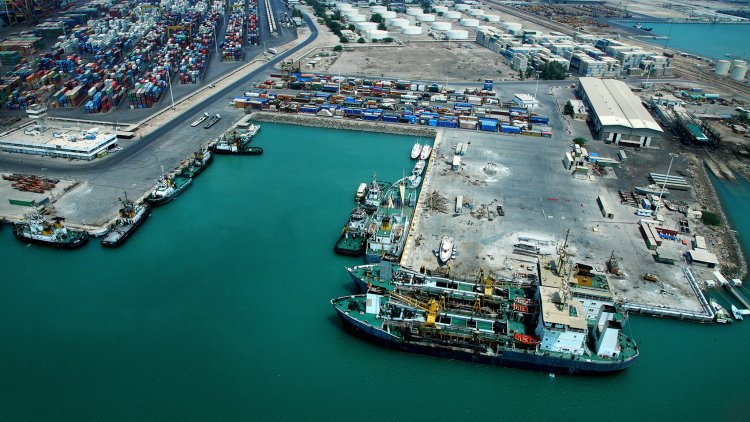 A total of 69.39 million tons of goods were loaded and unloaded in Iranian commercial ports during the first four months of the current Iranian year (March 21-July 22), registering a 6% rise compared with the similar period of last year, latest figures released by the Ports and Maritime Organization of Iran show.
The unloading volume stood at 25.89 million tons, registering a 12% year-on-year increase, of which 9.14 million tons were oil products and the remaining 16.75 million tons were non-oil goods, Mehr News Agency reported.
A total of 43.49 million tons of goods were loaded during the same period to register a 3% growth compared with the corresponding period of last year, of which 25.37 million tons were oil products and 18.12 million tons were non-oil.
Container throughput stood at 865,338 TEUs, indicating a 14% year-on-year rise.
The 22 ports under study include Iran’s southern ports of Abadan, Imam Khomeini, Bushehr, Khorramshahr, Genaveh, Bandar Lengeh, Chavibdeh, Arvandkenar, Charak and Dayyer located on the shores of the Persian Gulf, Shahid Rajaee, Shahid Bahonar, Shahid Haqqani, Qeshm and Tiab at the mouth of the Strait of Hormuz, Jask and Chabahar on the coasts of the Sea of Oman and the northern ports of Fereydounkenar, Noshahr, Astara, Amirabad and Anzali on the Caspian Sea shoreline.

Find out more about our subsciption plans here.