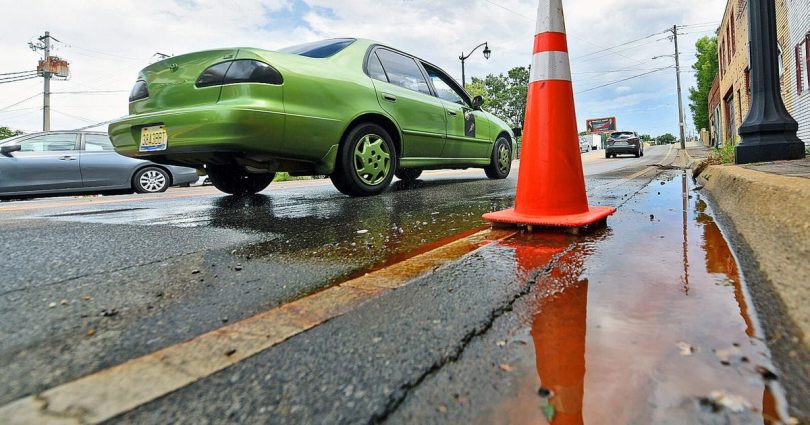 A: Maintaining public works infrastructure is an ongoing expense. But in some cities, underinvestment and/or poor management has caused a major crisis.

The Associated Press reports the water system in Jackson, Mississippi, nearly collapsed in late August when heavy rain flooded the Pearl River and caused problems at the main water-treatment plant.

Broken water pipes are common in the capital city, and officials had warned for years that widespread loss of service was possible.

Jackson’s mayor said fixing the water and sewer problems could cost billions of dollars, far beyond the city’s ability to pay. The state capital’s population peaked in 1980 at nearly 203,000. It currently stands at about 150,000, with about 25% of residents living in poverty.

Overall, America’s infrastructure got a C-minus on its 2021 report card from the American Society of Civil Engineers. The grade is a step up from the D-plus on the 2017 report.

The report covers 17 major categories ranging from aviation and bridges to transit and wastewater. The grade is an average of the grades in the categories, ranging from a B on rail to a D-minus on transit.

On the ASCE scale, an “A” grade indicates the infrastructure in the system or network “is generally in excellent condition, typically new or recently rehabilitated, and meets capacity needs for the future. A few elements show signs of general deterioration that require attention. Facilities meet modern standards for functionality and are resilient to withstand most disasters and severe weather events.”

A “B” grade indicates the infrastructure “is in good to excellent condition; some elements show signs of general deterioration that require attention. A few elements exhibit significant deficiencies. Safe and reliable, with minimal capacity issues and minimal risk.”

A “C” grade indicates the infrastructure “is in fair to good condition; it shows general signs of deterioration and requires attention. Some elements exhibit significant deficiencies in conditions and functionality, with increasing vulnerability to risk.”

A “D” grade indicates the infrastructure “is in poor to fair condition and mostly below standard, with many elements approaching the end of their service life. A large portion of the system exhibits significant deterioration. Condition and capacity are of serious concern with strong risk of failure.”

An “F” grade indicates the infrastructure “is in unacceptable condition with widespread advanced signs of deterioration. Many of the components of the system exhibit signs of imminent failure.”

While the ASCE Committee on America’s Infrastructure, made up of 32 civil engineers from across the country with decades of expertise in all categories, grades the 17 categories individually, “our infrastructure is a system of systems and more connected than ever before.”

As the committee looked at the grades and analyzed the data, it cited three trends:

» Maintenance backlogs continue to be an issue, but asset management helps prioritize limited funding. Sectors like transit and wastewater have staggering maintenance deficits, but developing a clear picture of where the available funding is most needed improves overall system performance and public safety. The drinking water sector, for example, has embraced asset management and new technology to pinpoint leaks and target repairs.

» State and local governments have made progress. Federal investment, when available, has also positively impacted certain categories. Thirty-seven states have raised their gas tax to fund critical transportation investments since 2010. Ninety-eight percent of local infrastructure ballot initiatives passed in November 2020. At least 25 major cities and states now have chief resilience officers. These improvements were made by elected officials from both sides of the aisle and with strong voter support. Meanwhile, categories like ports, drinking water, and inland waterways have been the beneficiaries of increased federal funding.

» There are still infrastructure sectors where data is scarce or unreliable. Sectors like school facilities, levees, and stormwater still suffer from a lack of robust condition information or inventory of assets. To target investments and allocate funding, routine, reliable data should be the standard.

In November 2021, President Joe Biden signed into law the Infrastructure Investment and Jobs Act, the largest federal investment in the nation’s infrastructure in U.S. history. Biden declared that the investment in roads, bridges, ports and more would make life “change for the better” for the American people.

The Associated Press interviewed historians, economists and engineers who welcomed Biden’s efforts, but they stressed that the $1 trillion allocated was not nearly enough to overcome the government’s failure for decades to maintain and upgrade the country’s infrastructure.