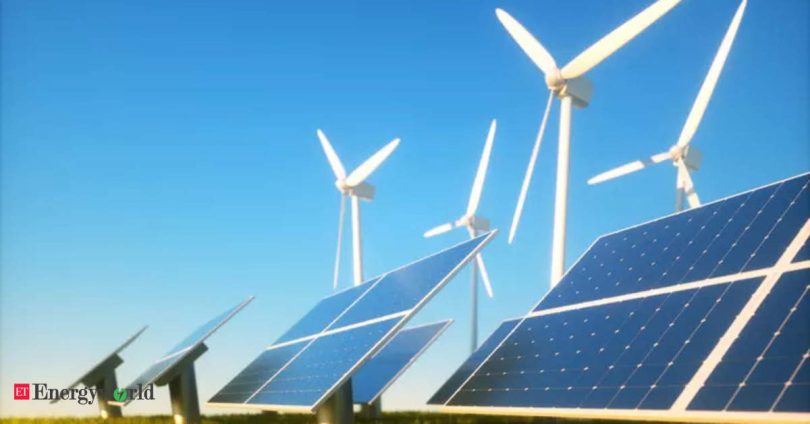 Renewable energy (RE) and electric vehicles (EVs) are currently the best bet for moving towards a sustainable future. A study by the International Council on Clean Transportation (ICCT) published last month says that with appropriate EV policies, India can scale down 45 per cent-50 per cent of its cumulative CO2 emissions from the road transport sector between 2021 and 2050.

While Karnataka’s Energy Department is conducting an ‘EV Charging Centre’ campaign in the state between June 23 and 30 to boost citizen interest in electric vehicles, last month at the World Economic Forum’s 2022 annual meeting in Davos, the state pitched for big investments in the renewable energy sector.

Clearly, Karnataka—one of the leading states in EV deployment and RE integration—continues to back EVs and RE for cutting back carbon emissions from its transport and power sectors —the two primary contributors of these emissions in the state.

Karnataka was the first southern state in the country to bring out a renewable energy policy in 2009 to harness RE sources. Its RE policies have been revised from time to time and the latest draft of ‘Karnataka Renewable Energy Policy 2021-2026’ proposes installing an additional 10 GW of RE generation capacity by 2026, including 1 GW of solar rooftop capacity.

In 2020, around 37,330 million units (MU) of the state’s total energy requirement of 66,718 (MU) was met by non-fossil-fuel-based generation—almost 56 per cent of the total state demand (the national average for the same year was 37 per cent). Karnataka’s experience demonstrates the impact of RE integration on a state’s transmission grid, and can guide other states in this transition.

On the EV front, in 2017, Karnataka became the first state to introduce the Electric Vehicles and Energy Storage Policy to attract investment, create employment opportunities, and promote R &D in electric mobility.

Karnataka’s RE and EV potential for reducing carbon emissions

A recent study by the Center for Study of Science, Technology and Policy (CSTEP) estimates that power generated by the proposed solar and winds plants in Karnataka would bring down CO2 emissions by approximately another 4.32 million tonnes/year—in addition to the reduction (of around 23.58 million tonnes/year) being brought about by the existing plants—if the same amount of power is allowed to be generated from thermal power plants. The study also projects that with the current EV registration trend, the number of EVs that can be deployed in Bengaluru—the state’s EV capital—by Financial Year 2026-27 will be around 4.3 million. These EVs can prevent fuel consumption of around 101 million litres/year, which in turn, can cut CO2 emission by around 0.23 million tonnes/year.

With a proven ability to curb carbon emissions, renewable energy and electric vehicles are clear front-runners in this space. Together, EVs—that offer a cleaner transport alternative, besides better energy efficiency and reduced noise pollution—and RE-based power generation—which reduces the dependence on fossil fuels—can expedite the journey towards net zero.

In the case of Karnataka, projections quantifying the impact of RE and EV deployment clearly indicate their potential in bringing down carbon emissions. A good start has been made in this direction by the state through targeted initiatives and policies. Going forward, the EV charging schedule can be matched with the solar and wind power generating patterns, depending on their availability. This will enable increased use of green energy in the transport sector. Also, in an electrified transport sector, EV batteries can assist in balancing the grid by returning the surplus electricity to the grid to meet the required power demand.

[This piece was authored exclusively for ETEnergyworld by Krishnendu Roy Chowdhury and Harikrishna KV who work in the area of transmission and grid planning in the Energy and Power Sector at the Center for Study of Science, Technology and Policy (CSTEP), a research-based think tank.]