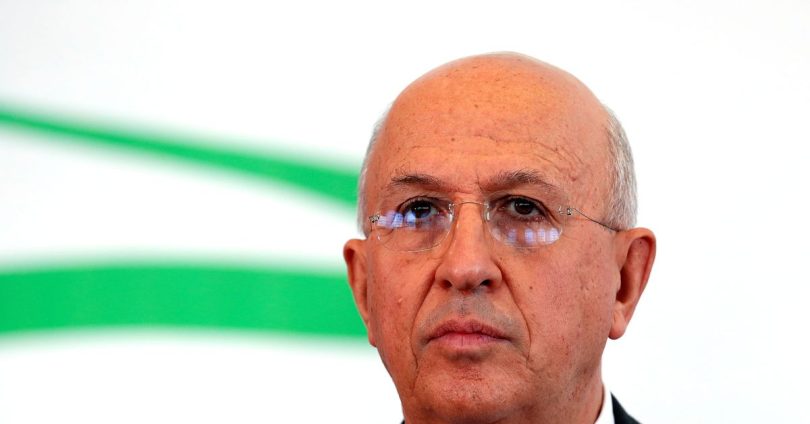 FLORENCE, Italy, Nov 21 (Reuters) – The head of Italy’s banking lobby urged the European Central Bank (ECB) to consider whether its representatives could find themselves sharing responsibility for lenders’ mistakes if they attend banks’ board meetings.

Friction has come into focus following a recent letter by Societe Generale Chairman Lorenzo Bini Smaghi which, according to a source with knowledge of the matter, aired complaints about the central bank’s excessive involvement in lenders’ daily operations, including attendance at board meetings.

Sources have told Reuters relations between banks and the ECB, which took on oversight of the industry less than a decade ago, are at a low point.

Regulators frown in particular at capital distribution pledges banking chiefs have made to investors, urging extra caution ahead of an expected recession whose depth is still unclear.

“Some bankers are saying openly what they used to say in private,” Patuelli said when asked about the tensions.

“They’re only being more forthcoming but the reasons behind are the same as they always were.”

Further straining relations, the ECB has changed the terms at which it extends long-term loans to banks, depriving the sector of a source of risk-free profits at a time when consumers are wrestling with a price surge.

Patuelli said it should not come at a surprise if Italian banks bought fewer domestic government bonds following the ECB’s decision.

Historical data feed into banks’ calculations of how risky the assets they hold are and sources have said the ECB is concerned that risk models won’t capture the threat posed by high inflation given the fact that it is a recent phenomenon.

Touching on the issue of ECB representatives’ presence at banks’ board meetings, Patuelli said this could get them in trouble if they proved unable to stop what later emerged as misdeeds.

“A key legal principle is that not preventing something from happening is tantamount to aiding it,” Patuelli said.

“So I think it would be ‘prudential’ for the ECB not to send its representatives to board meetings because if decisions were taken that turned out not to be appropriate and ECB supervisors failed to promptly and effectively fight them, it could cause problems to the ECB itself.”