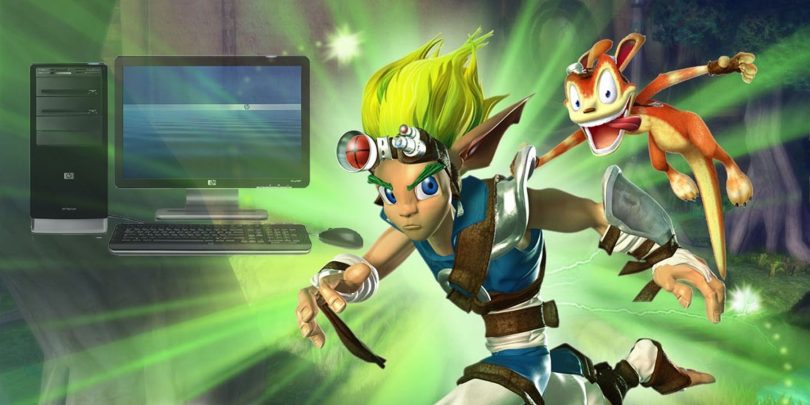 A team of fans have ported Naughty Dog’s first Jack and Daxter game onto PC, and it is currently fully playable from start to finish.

Naughty Dog’s Jax and Daxter first released onto the PS2 in 2001, and it is remembered fondly by many gamers to this day. While it spawned a couple of sequels and a few spin-offs that took the game into a grittier direction, the first game is celebrated as a quintessential platformer and collectathon experience. Nowadays, aside from a trilogy re-release on the PS4, the Jak and Daxter IP has mostly been overlooked by Naughty Dog in favor of more grounded and gritty games like The Last of Us.

While its original developers have focused attention on other projects, the fans haven’t forgotten this classic IP. Some of the Jak and Daxter fan base still holds out hope that this iconic PlayStation franchise can make a comeback, while others are taking things into their own hands. This includes a group of fans who are porting the entire trilogy to modern PC platforms.

RELATED: Tom Holland Wants to Star in a Jak and Daxter Movie

This project was made by a group of fans, who all had the goal of porting the first Jak and Daxter game to the PC. According to the project’s GitHub page, this was a daunting task considering that the game’s original code was written in a custom programming language that was created by Naughty Dog. This required the team to create their own decompiler that could break the code down into something that could be read by PCs, extract its assets, and then put it into a native application that can run on Linux and Windows.

The latest update has noted that the team has decompiled a majority of the game, and now fans could play all of Jak and Daxter from start to finish. Even in this state, players can also finish the game with 100% completion. Gamers rejoiced at the fact they can now play the original game natively on PC, with this port even adding some Quality-Of-Life improvements. This includes a 16×9 aspect ratio, HD resolution, subtitles, and support for Ultra widescreen.

In terms of what’s next for the team behind this port, even though the game is fully playable, there is some bug testing that needs to be done in order to smooth out the experience. There are also plans to refine the code and add more QOL features like a skip cutscene button. As mentioned earlier, the team also plans on porting the sequels from the Jak and Daxter trilogy, Jak 2 and 3. This port is exciting for many fans of the franchise, as it gives them easy access to the original game if they are looking for a nostalgia-filled trip down memory lane.

The Jak and Daxter unofficial PC port is available now.