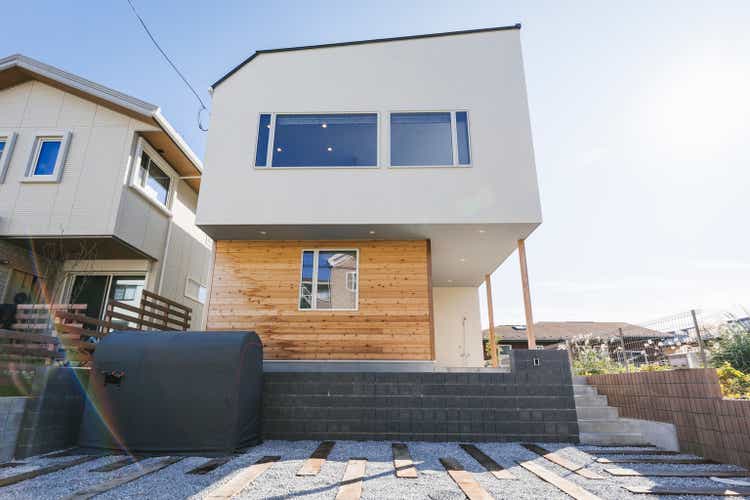 Japan is an interesting market now due to economic factors and its ability to benefit from inflation. Therefore, the iShares MSCI Japan ETF (NYSEARCA:EWJ) came across as interesting to investigate. However, selectivity does matter when making the foray into Japan, and we think that while a representative portfolio, EWJ hits some wrong notes. As such, we’re not compelled by its proposition at the moment from an asset allocation point of view.

It’s interesting to make a brief note on Japan, because it’s a peculiar economy in this day and age. The Bank of Japan is an outlier in its rate policy, refraining from hikes. This is because Japan has long had a deflationary/disinflation problem linked in part to devastating demographic trends, i.e., an ageing population and low fertility. Inflation is actually rather welcome, and they want it to be broad based and not just imported in energy prices, which no one can do anything about. Where other economies saw raging inflation in the last quarter, Japan’s economy saw price growth, but it already appeared to be stalling despite total monetary accommodation. In Japan’s case, consumer confidence is now picking up thanks to support to a local market and a more healthy inflation is becoming evident.

However, as a consequence of monetary accommodation, especially relative to the dollar where there is now hawkishness and is the world reserve currency, the Yen has fallen sharply, around 20% over the last 12 months relative to the dollar. Imported inflation, therefore, becomes more severe, but a relatively self-sufficient economy and a lot of local consumption actually makes Japan a very resilient economy relative to other major modern economies. Moreover, some of its companies earn in foreign currencies like the dollar, especially commodity companies. We think Japan’s commodity companies are a superb choice in the current market.

While the local economy is rather strong, and sustainably so in our eyes, the EWJ ETF unfortunately hits some wrong notes, especially for USD-denominated investors. While properly representative of Japan, the EWJ has a lot of their industrial conglomerates high up on the list that is exposed to poor global demand trends like Toyota (TM). In particular, consumer durable (discretionary) companies like Japan’s automotive companies feature prominently in the holdings.

Another big feature of the EWJ is the Zaibatsu. Many of the Japanese conglomerates depend on investment cycles, which are subject to disruption in a recession. Some might be resilient like Hitachi (OTCPK:HTHIY) thanks to engineering services focused on the energy sector, but others are more traditionally exposed, or are so diversified that they don’t dodge the issues of FX or less resilient streams of global demand. Broadly, as far as FX goes, these companies will often already be challenged by supply-side problems, but an ailing economy will slow down their markets and defer that reversal. Moreover, making purchases now with Yen from foreign vendors will hurt all the more.

The Japanese corporate culture is such that firing is a last resort, and companies there usually have much lower margins than in the US due to no culture for cost-cutting on personnel. This also means less unemployment spiraling, which is a good thing for Japan in any downturn relative to the US or other more typical western economies. Finally, Japanese companies tend to have very cash-rich balance sheets that make them substantially safer. However, the EWJ in particular is too skewed to global giants, and we think a more narrow bet on Japan is required to benefit from its peculiarities and its diverging policy in the face of current macroeconomic forces. With the US also continuing to use hawkishness as a line to remind the world that the USD is the reserve currency, now yielding a bit more ‘risk-free’, the Yen remains a scary point for USD denominated investors. A more specific bet into Japan is what we’re looking for.