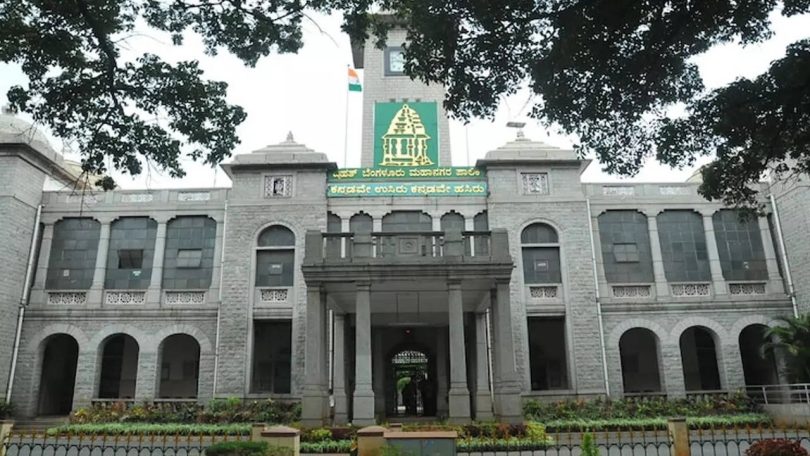 Bengaluru: City’s civic authority has pulled up four major optical fibre cable (OFC) service providers for digging up newly built roads in Bengaluru’s Jayanagar. The BBMP fined a penalty of Rs 20 lakh to each telecom provider for digging up the road, setting up telecom towers on the walkways and tying wires to trees without the BBMP’s permission. A police complaint has also been filed against these companies.
Action against these four companies such as Jio Digital Fibre Private Limited, Bharti Airtel Limited, Telesonic Networks Limited, and VAC Teleinfra Solution Private Limited was initiated after a complaint by a former corporator and BJP leader N R Ramesh. He urged the BBMP Chief Commissioner Tushar Girinath to take legal action against telecom towers on the footpaths.

“We issued notice to these telecom companies asking them to remit the fines. We will take stricter actions if such activities continue,” a BBMP official said. However, none of the telecom companies has officially responded to the BBMP’s action. The companies have been directed to remit the fees to the BBMP authorities. The BJP leader, in his complaint, had demanded a penalty of Rs 20 crore for each company.

Bengaluru flood: 126 lakes overflowed in September for the first time in several decades

The police case has been filed under Section 3 of Karnataka Prevention of Damage to Public Property Act, 1984 and Sections 427 (mischief causing damage to the amount of fifty rupees) and 431 (mischief by injury to a public road, bridge, river or channel) of the Indian Penal Code.

In a similar punitive action earlier, Reliance Jio and Airtel were fined for digging up roads in the Bannerghatta region for laying fibre optic cables. While Jio was ordered to pay Rs 25 lakhs, the fine imposed on Airtel was Rs 6814000 in total including a fine component of Rs 25 lakh, road cutting charges of Rs 1.5 lakh and the rest as restoration charges.