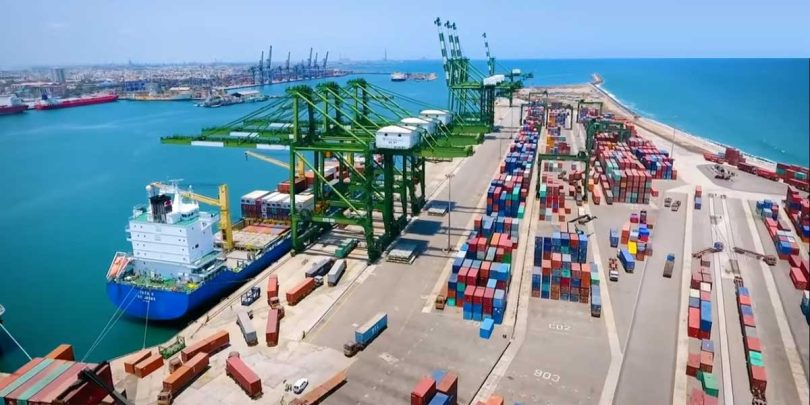 MUMBAI : Jawaharlal Nehru Port in Nhava Sheva will reach its full capacity by 2028, an official said, emphasising the need to develop an alternative mega port in Wadhavan to handle the growing maritime traffic.

Jawaharlal Nehru Port in Nhava Sheva will reach its full capacity by 2028, an official said, emphasising the need to develop an alternative mega port in Wadhavan to handle the growing maritime traffic. However, the controversial Wadhavan project in Palghar’s Dahanu taluka is yet to get an environmental clearance and is also facing opposition from local communities and environmentalists.

Unmesh Wagh, Deputy Chairman, Jawaharlal Nehru Port Authority (JNPA), said, “At present, we have five container berths, two liquid berths, and one shallow coastal berth. The liquid berths, which are used for petroleum, are badly congested. Ships are waiting for days before they can come in to dock. For this reason, we are opening up two additional berths for liquid cargo by May.”

He further said the port’s container terminals, which process the highest volume of cargo, have a capacity of 7.4 million TEUs (20-foot equivalent units) per year. The last expansion took place in 2018 when a new berth was commissioned with a capacity of 2.4 million TEUs, Wagh said. “We have already processed 5.94 million TEUs as of January 2, which is a record. The port is on track to process more than 6.1 million TEUs by March.”

This growth will continue, Wagh pointed out, adding there are plans to add one more container berth by April 2025, which will take the total capacity to 10.7 million TEUs.

“We expect to exceed this capacity by 2028, and after that there simply isn’t any more waterfront area left around Nhava Sheva for JNPA to expand. In the north, there are shallow mudflats and the Mumbai Trans Harbour Link, while in the south there is the rapidly expanding region of Uran. Hence, we are looking at Wadhavan where we expect to receive 6.5 million TEUs annually by 2026. If we don’t create this capacity, India will lose out to ports in Singapore, South Korea, Abu Dhabi, Dubai and Sri Lanka,” he said.

For comparison, he said, Port of Shanghai (the world’s busiest container terminal) surpassed 47 million TEUs in 2021 alone. “This works out to about 1,124 million metric tonnes per annum at a single Chinese port, roughly equal to the capacity of India’s seven existing ports that can each handle more than 100 MMT annually.”

Another reason for the selection of Wadhavan, Wagh said, is the available draft in the region, which determines the minimum depth of water a ship or boat can safely navigate. “At JNPA, the maximum draft is 14.5 metres, whereas at Wadhavan it is 20 metres. In the next 5 to 10 years, most cargo ships will be much larger than they are now. They are expected to carry around 12,000-20,000 TEUs each, up from around 8,000 TEUs at present, and will need deeper water. The largest container ship in the world, MSC Irina, can transport 24,346 containers. Such a boat can never dock at JNPA.”

Fisherfolk, however, claimed that the proposed port at Wadhavan is fraught with danger.

“The demand for the country’s logistics sector might be legitimate but JNPA cannot use these numbers to pursue an illegal project. The DTEPA has already ruled that the port is ‘wholly impermissible and illegal’. An offshore port can be considered closer to JNP where fishing activities have already been destroyed. An alternative site analysis can also be done,” Devendra Tandel, president of Akhil Maharashtra Machimaar Kruti Samiti, said.

By wittingly setting up such a project in a region that is dominated by indigenous communities, the government is “telling us that our livelihoods can easily be sacrificed for national growth”, he said.

The port project is currently awaiting the approval of DTEPA (Dahanu Taluka Environment Protection Authority), a Supreme Court-appointed body set up to regulate industrial and other activities that could pose a threat to Dahanu eco-sensitive zone. The port, experts said, will pose a serious threat to marine biodiversity and affect the livelihoods of several thousands of fishermen, farmers and adivasis living in the region.