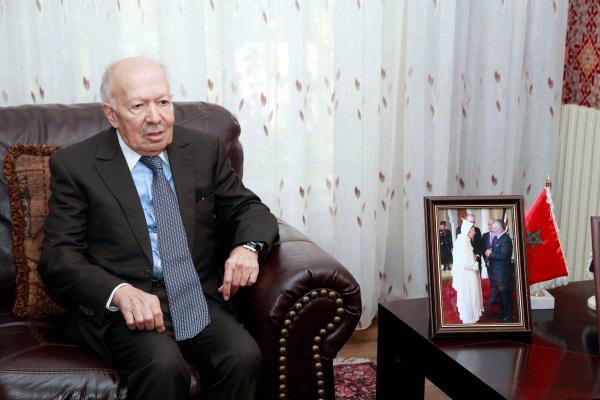 Ammon News – A Jordanian-Moroccan hospitality and tourism training project will be launched in Jordan as part of the strategic partnership between the two Kingdom, Moroccan Ambassador Sidi Muhammad Khaled Al-Nasiri announced on Saturday.

He told a press conference to mark the 23rd anniversary of His Majesty King Mohammed VI’s accession to the throne that the partnership includes projects in renewable energy, agriculture, and tourism sectors, as well as the exchange of expertise in professional qualification in disciplines related to Tourism, food industry, construction, public works and water resources management.

The envoy stressed Jordan’s pivotal role in joint Arab efforts and regional issues, commending Jordan’s constant support of Morocco’s position on the Western Sahara and its call for the preservation of Morocco’s territorial integrity in line with Rabat’s autonomy initiative, international references and Security Council resolutions.

He said that the trade volume between Jordan and Morocco stood at about 64 million Jordanian dinars in 2020, noting the more than 115 agreements and memoranda of understanding the two countries have signed in political, economic, health, educational, cultural, media, tourism, energy, minerals, sports, military and social affairs fields.

The ambassador noted that the two countries see as areas of priority the vital sectors of tourism, commerce, services, phosphates, textiles and pharmaceuticals, calling for addressing any barriers to trade flow between the two countries.

On regional conflicts, Al-Nasiri noted that Morocco’s position on the Palestinian issue is firm and clear as it advocates for finding a solution to the Palestinian-Israeli conflict that fulfills the aspiration of the Palestinian people for setting up an independent and viable state on the June 4, 1967 borders with East Jerusalem as its capital.

He also underlined the importance of the Hashemite custodianship over holy sites in Jerusalem.