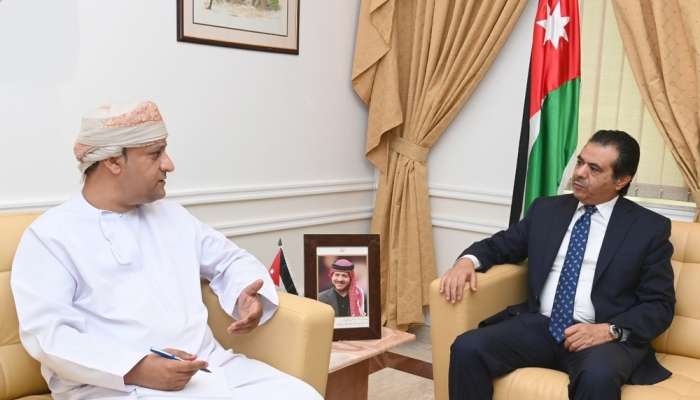 Muscat: Amjad Al Quhaiwi, Ambassador of the Hashemite Kingdom of Jordan to the Sultanate of Oman, said that the two countries share model relations based on their deep-rooted historical ties.

In a statement to Oman News Agency (ONA), Al Quhaiwi pointed out that fraternal relations gain further strength and continuity under the wise leaderships of King Abdullah II of Jordan and His Majesty Sultan Haitham bin Tarik.

Al Quhaiwi underscored the significance of ongoing coordination between the two countries on various regional and international issues, with the objective of unifying political visions in a manner that serves the interests of the two countries and the cause of Arab nation.

“Jordan views with optimism and confidence its relations with Oman during the reign of His Majesty Sultan Haitham bin Tarik who is keen on utilising the outcome of bilateral relations for common benefits, as well as enhancing the Arab action. Oman is progressing with confidence—moving from success to success—and the future is promising”, said Al Quhaiwi.

He added that credit goes to the late King Hussein bin Talal and the late His Majesty Sultan Qaboos bin Said for establishing these bilateral relations, based on grounds of goodness, love and peace—more than 50 years ago. The two leaders navigated the two countries prudently during hard times and developed them into icons of progress and prosperity that set a model in the region, he pointed out.

Al Quhaiwi explained that the exchange of official visits always lend strong impetus for cooperation in political, economic, cultural, social and other fields. He hoped that the visit of King Abdullah II to Oman will constitute a positive shift forward in meeting the aspirations of the two countries’ peoples. The visit bears tangible signs of cooperation between the two countries, he added.

Al Quhaiwi also laid emphasis on the role of the private sector which, he said, shoulders a major responsibility for developing investment opportunities.

The ambassador stressed the need to activate the agreements and memoranda of understanding signed by the two sides. “We always pin hopes on communicating with the departments tasked with investment affairs in the two countries, with a view to expanding economic cooperation and establishing partnerships to promote commercial exchange. We hope that these aspirations would be realized via the Oman-Jordan Business Council,” said Al Quhaiwi.