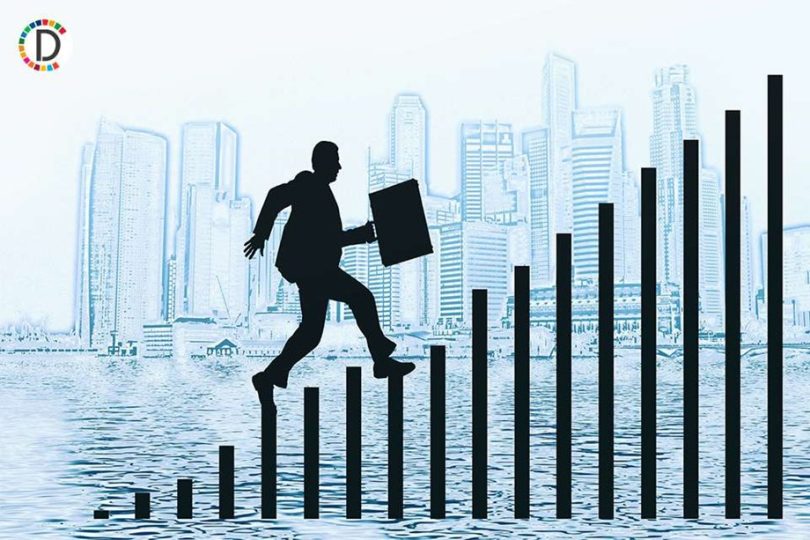 The second-largest private sector port operator JSW Ports, which has completed capacity expansion at an investment of Rs 4,000-crore, eyes to be a net-debt-free company over the next two-three years having already pared Rs 862 crore so far this fiscal.

The company financed the repayments of higher-cost rupee loans from a consortium of lenders, which were priced at 9.5 per cent, partly with internal accruals and the rest from the USD 400-million overseas bond issuance in February this year, Lalit Singhvi, the chief financial officer and a director at JSW Infrastructure, the fully-owned arm of the Sajjan Jindal-run JSW Group and the holding company of the ports business, told PTI on Friday.

After paying back Rs 862 crore of debt, he said, the company will have on its book a net debt of Rs 2,700 crore and gross debt of Rs 4,200 crore. With this JSW Ports has already repaid over Rs 2,800 crore in the past few years.

”We hope to be a net-debt-free company over the two three years as we are done with capex and capacity additions. We also have a steady cash flow of Rs 1,000 crore, thanks to the high margin nature of our business that’s is over 50 per cent.

”Backing up the plan is the steady growth in the top line, which we expect to cross 45 per cent this fiscal at Rs 3,100 crore from which we expect a cash profit of Rs 1,500-1,600 crore. This should help us pare our all debt and become a net-debt-free company over the next two-three years, he said.

JSW Ports operates ports assets at Jaigarh and Dharamtar in Maharashtra with an installed capacity of 153 million tonne per annum. That aside, it operates a 24 million tonne terminal in Fujairah in the UAE on a management contract which mostly handles limestone.

”We may also go for equity fund raising in some time as we are also looking at aggressive growth through acquisitions and are also very keen on participating in the government’s divestment process. Equity raising should be easy given the strong balance-sheet of the company as well the USD22-billion parent, Singhvi added.

Last fiscal, the company completed a Rs 4,000-crore capex plan, which began four years ago, through which its capacity has gone up from 81 mt in FY19 to 153 mt in FY22, Singhvi said, adding the company has adequate capacity now and utilization level is only 65 per cent now.

On the bulk cargo handling capacity addition he said, it grew 34 per cent in FY21, and further to 45 mt in FY22, clipping at a growth of 36 per cent, he said and expects the volume to clip past 45 percent this fiscal 62 mt.

The company’s facilities handle mostly bulk cargoes such as iron ore, thermal coal, coking coal, fertilisers, bauxite, and sugar. On the liquid side, it handles molasses, edible oil, LPG and LNG, he said.

Currently, 70 per cent of the volume is captive/in-house and the rest comes from third parties, he said and pointed out that in FY19 captive capacity was 95 per cent.

”Our objective is to take the third party cargo to 40 per cent over the next two three years and bring down the captive utilization to 60 per cent,” he said.