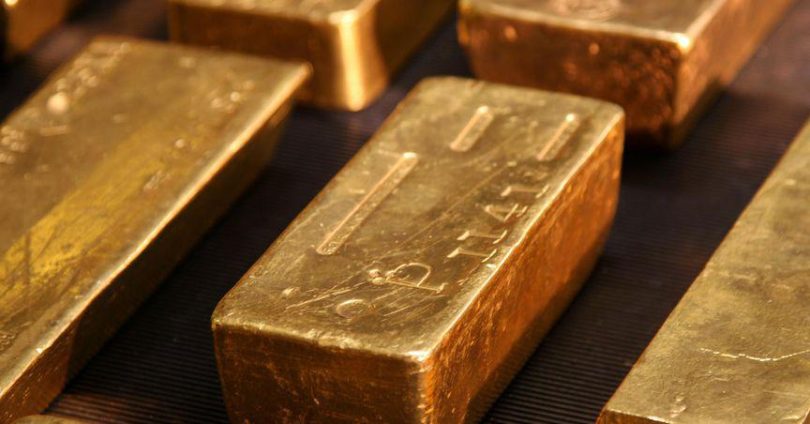 Gold stocks have been historically considered safer assets, especially during a market downturn. The previous metal was generally the haven amid market uncertainties like inflationary pressures, geopolitical turmoil, and other related factors. In other words, gold stocks are considered a hedge against inflation.

But at times, the asset could be highly volatile as well. For instance, the price of the previous metal witnessed about double-digit gains in the current year’s starting months, possibly due to inflationary pressures and geopolitical turmoil. Soon after, the momentum reversed course to go downwards in recent months.

Many investors willing to gain exposure to the gold industry typically explore opportunities in gold stocks, especially in companies focusing on exploration and mining.

While the hotter-than-anticipated inflation report triggered a massive sell-off in the stock market, the investors also sold other assets like cryptos, yielding assets, precious metals, etc.

Notably, after the inflation report, the three major indices notched their highest one-day percentage drop since June 2020 on September 13. The higher rates and concerns over further hikes after the still-elevated inflation report seemed to have spooked the investors.

Let’s look at the stock performance and other details about the gold companies here with Kalkine Media®.

Barrick Gold is a Canadian gold and copper mining and producing company with a market cap of US$ 26.88 billion. The dividend yield of the mining firm was 5.27 per cent. The P/E ratio of Barrick Gold was 13.4.

However, the stock of the gold mining company witnessed sloppy trading so far in recent months. The GOLD stock fell as much as 20 per cent in 2022 while giving up about 21 per cent in the last 12 months. However, in the current quarter, it added about two per cent.

Given the immense pressure on gold-related stocks in recent days, the stock of the Canadian firm touched its 52-week low of US$ 14.53 on September 1 this year. Meanwhile, its 52-week high of US$ 26.07 was noted on March 8, 2022, suggesting the volatile trading it witnessed in recent months.

Refinitiv data showed that the stock’s RSI was about 41. Notably, the RSI ranges between 0 and 100, while according to some analysts, the 30-50 range implies a volatile stock condition.

The Toronto, Canada-based company declared a dividend of US$ 0.20 apiece in the second quarter of this year, unchanged from the previous quarter and consistent with its Performance Dividend Policy announced at the beginning of the year. The payable date of the dividend was September 15.

During the second quarter operating results announcement, the company said it produced 1.04 million ounces of gold and sold the same amount in the period. As per its earlier guidance, its production for fiscal 2022 is “expected to increase” and is “on track” to reach its guidance level.

Newmont is one of the major gold mining firms with a market cap of over US$ 33.77 billion. The company, having a dividend yield of 5.11 per cent, also focuses on producing other metals like copper, silver, etc.

The NEM stock lost over 31 per cent YTD and 26 per cent YoY. In the current quarter, it slipped by about 29 per cent while adding about two per cent in September.

Newmont’s total sales were US$ 3.05 billion in Q2 FY22, slightly declining from US$ 3.06 billion in the year-ago quarter. The net income of the Denver, Colorado-based company declined to US$ 387 million in the latest quarter, from US$ 650 million in the fiscal 2021 second quarter.

Royal Gold is a precious metal streaming and royalty firm with a market cap of US$ 6.03 billion. The dividend yield of the precious metal company totalled 1.5 per cent. The company’s stock also touched its 52-week low of US$ 88.64 on September 1, 2022.

The RGLD stock slumped around 13 per cent YTD while decreasing 17 per cent year-over-year and 14 per cent in the continuing quarter.

The total revenue of Royal Gold was US$ 146.44 million in Q2 FY22, of which 71 per cent came from gold, 11 per cent from silver, and 14 per cent from the copper segment. In the prior year’s same quarter, the revenue of the Colorado-based company totalled US$ 168.02 million.

The net income available to the shareholders of Royal Gold was US$ 71.14 million in the latest quarter.

Alamos Gold is a Canadian gold producer with a dividend yield of 1.35 per cent. The US$ 2.79 billion market cap company lost around seven per cent year-to-date while climbing about one per cent QTD.

On an annual basis, the AGI stock decreased by more than nine per cent. The gold-producing company’s RSI, according to Refinitiv, was about 42.

Alamos Gold’s operating revenue decreased from US$ 195.1 million in Q2 FY21 to US$ 191.2 million in the latest quarter. The fiscal 2022 second-quarter net earnings of the Toronto-based company was US$ 6.4 million, improving from a loss of US$ 172.5 million in the year-ago quarter.

Yamana Gold is a metal mining firm with a market cap of over US$ 4.12 billion. The company, which owns and manages gold, silver, and other metal mines in several locations, had a dividend yield of 2.66 per cent.

The stock of the Canadian mining company was only an exception, in terms of annual and YTD returns, among the other four stocks mentioned above. It added about two per cent this year and one per cent in the last 12 months.

Investors appear to be betting that the inflation is going to stay for some time, while on the other hand, the US Federal Reserve is becoming more determined to tame it with its aggressive tightening of monetary plans.

The Gold Futures also gave up their gains from the prior year and are currently traded at about US$ 1,670. On September 15, it lost more than two per cent to trade at US$ 1,670.85. In the last 12 months, the gold futures slipped by more than five per cent.

The S&P 500 metals and mining industry lost more than 21 per cent year-to-date (YTD) while decreasing about six per cent QTD. In September, it lost about one per cent through September 15.