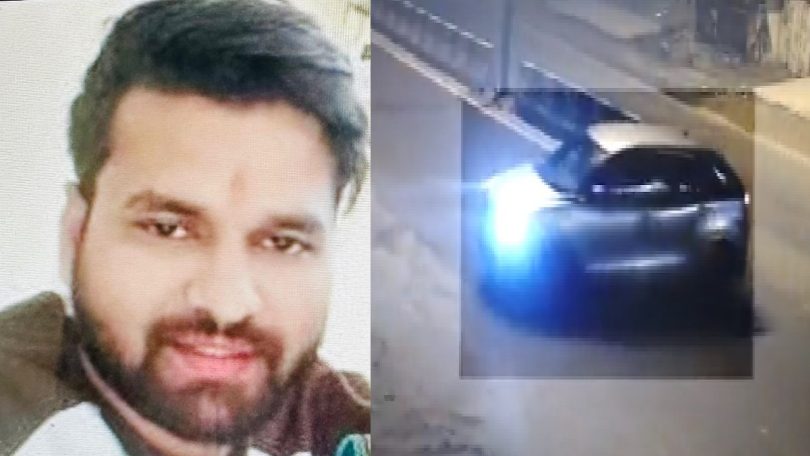 Kanjhawala death case: In the latest development, Delhi Police arrested  Ashutosh, the sixth accused in the Anjali Singh death case, said an official on Friday. Ashutosh is the owner of the car that hit 20-year-old girl and deceased her for around 12 km in the wee hours of January 1. Singh was killed in the early hours of the New Year after her scooter was hit by a car and she was dragged for 12 kilometres.

According to sources, during the investigation, it was found that one of the accused Deepak was not present in the car when the accident took place and his relative was driving the vehicle. Deepak’s location was detected at his home at the time of the crime, they said.

“During interrogation, we also got to know that the car was driven by Amit and not by Deepak. Two others- Ashutosh and Ankush Khanna have also been made the accused in this case. We are trying to arrest them. During the post-mortem, no evidence of sexual assault was found,” he said.

“We have arrested 5 accused and we are interrogating them. During interrogation, we found that two more people are involved in the incident. Our team is conducting raids. We have recorded the statement of the eye witness,” added Special CP(L&O).

The accident took place between 2.04 am to 2.06 am and the mobile phone of the victim is yet to be recovered, the police official said.

We have not found any pre-accident connection between the accused and victim, he said.

10 teams have been working to solve the case, the police official added.

During the investigation, it was found that the statements of the 5 accused are not in the same line, he said.

Earlier, sources said as many as 10 vehicles, including PCR vans and night patrolling units, were deployed to trace the offending vehicle which hit and dragged her for 12 kilometers from Sultanpuri to Kanjhawala. But, they failed to trace the killer car on an ill-fated night.

Later, her body was found in outer Delhi’s Kanjhawala. Among these 10 vehicles, three PCR vans from Kanjhawala, Hoshambi border and Aman Vihar area were trying to chase down the offending Baleno car, but could not do so due to dense fog and the car had taken narrow lanes instead of the main road to dodge police, sources said.

On a fateful night, multiple teams were deployed under four ACPs of Rohini district to trace the car, collect details from PCR callers and identify the victim as well as the accused involved in the case, sources said, adding that teams from Aman Vihar, Prem Nagar, Begumpur and Prashant Vihar were deployed to crack the case.

According to sources, the first PCR caller informed the police at 2:30 am on January 1 that the Baleno car fled the spot after the incident. The second PCR call, which was received around 3:30 am, informed police that the woman’s body was stuck under the vehicle, but he was unable to give them the registration number of the car due to dense fog and poor visibility.


How police finally traced the car

However, with the help of a camera with an automatic number plate reader installed in the Kanjhawala area, police could spot the Baleno car and identify the registration number of the vehicle, which ultimately led them to the owner of the offending vehicle.

Meanwhile, another CCTV footage recovered by police showed that a PCR van had just crossed the same stretch between Sultanpuri and Kanjhawala approximately within five minutes of the incident. Commenting on the development, a police officer privy to the investigation said the PCR (police control room) van which had crossed the stretch was going to solve a brawl reported in the area.

Three people were apprehended in this connection, he said.

After attending the PCR call, when the police van was returning, it had spotted a scooty in an accidental condition and informed the SHO of the area.

“Since no one was found near the site, it was assumed that the victim must have been taken to hospital by some passer-by. By the time police traced the ownership of the vehicle, it was established that it belonged to Anjali Singh who was killed in the accident,” the officer said, adding that the scooty was registered in the name of Singh’s mother.

Sources also said that police have recovered another CCTV footage in which the victim was seen drinking and engaging in a brawl. However, the post-mortem report is not conclusive and only through the viscera, it can be established if one was under the influence of alcohol, police said.

Meanwhile, demanding a probe into claims of Anjali’s friend, Delhi Commission for Woman chief Swati Maliwal said the victim died a painful death and her “character assassination” should not be done.

“She died a painful death. She was dragged on Delhi’s roads for 12 kilometres and her body was found naked. The claims of her friend need to be investigated. Anjali should not be blamed for what happened to her. The accused should be hanged,” she said. Anjali’s friend Nidhi had said that the former was drunk at the time of the incident. All five accused in the case are currently in police custody.

Also Read: Kanjhawala death case: ‘No sign of the woman present inside the car’ | What FSL report stated