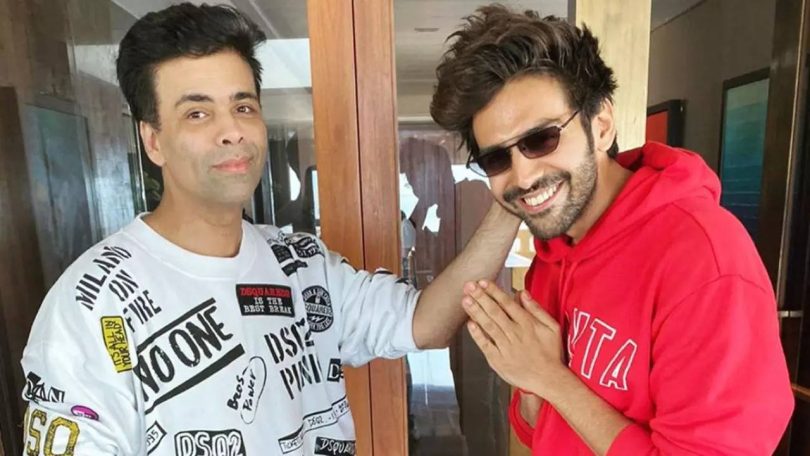 Bollywood actor Kartik Aaryan and Karan Johar’s alleged tiff made headlines when the makers announced that Dostana 2’s cast will be changed. Rumours mills claimed that the Pyaar Ka Punchnama star left the producers irked after demanding more money mid-way. There were also reports about Kartik’s ‘unprofessional’ behaviour. However, both parties maintained a dignified silence.

Recently, on Rajat Sharma’s Aap Ki Adalat, Kartik was asked why he opted out of Dostana 2. He reportedly said in Hindi, “This happens sometimes. I haven’t spoken about this before. I believe in what my mother has taught me and these are my value too… when there’s an altercation between two people, the younger one should never speak about it. I follow that and hence I never speak about it.”

Reacting to reports of his unprofessional demands, the actor said, “This is like Chinese whispers, a make belief story. I have never left a film because of money. I am very greedy, but in terms of script and not money.”

He then revealed the real reason they had a fallout. The actor said that there was a gap of one and a half years and some changes were made to the script. Kartik also set the record straight about his bond with KJo. He said that they are now on good terms and there are no bitter feelings. The actor also pointed out that the producer had recently given the trailer of his upcoming film a shoutout on social media.