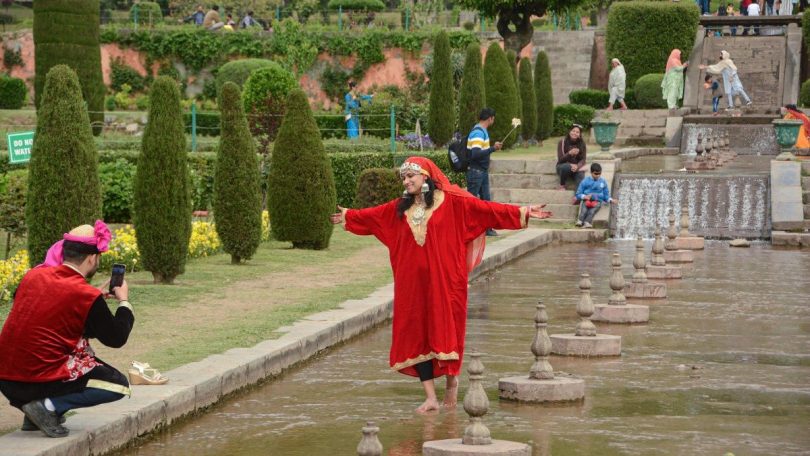 As Kashmir is witnessing a ‘golden period of tourism’, Kashmir witnessed a record breaking 20.5 lakh visitors, including 3.65 lakh Amarnath yatris in the first eight months of this year.

The tourism department is expecting further increase in the tourist footfall in the next two months around Puja holidays.

He said that the two million tourist footfalls is an all-time high for Kashmir and the number is expected to go beyond 2.5 million by the year end. “Major tourist destinations like Pahalgam, ski-resort Gulmarg and Sonamarg as well as all hotels and guesthouses in Srinagar had 100 per cent occupancy till June end,” the official said.

In Srinagar, the occupancy rate for houseboats was between 70 and 80 per cent, he added.

The high influx of tourists has bought back smiles to the faces of the people associated with the tourism, who are hopeful that the number of tourists would increase further in the coming months.

Chairman of J&K Hoteliers Club Mushtaq Chaya believes that tourism industry was back on track thanks to the combined efforts of the government and tourism stakeholders.

“After sustained losses over the last few years, the tourism industry is back on track. After horticulture industry, tourism creates the biggest percentage of jobs in J&K. We are confident that the government will continue to aggressively promote Kashmir tourism to increase the number of visitors to Kashmir,” he said.

He tourists arriving here feel elated with the serene ambience and hospitality of Kashmir. “Kashmir is really a very beautiful place. In this valley, the weather is very pleasing and we are having a nice time here,” said Rohit, a tourist from Mumbai, who had arrived here with his family for a five day-trip.

His views were echoed by Shalini, a tourist from Delhi. “This is my first time to Kashmir. I have never seen such a beautiful place and a garden in my life. After the difficult times of Covid-19, we felt like visiting this heavenly place,” she said.

Shalini also recommended people visit Kashmir valley at least once in their lifetime. “Kashmir is peaceful and there is nothing like what is being shown on TV channels. I am overwhelmed by the hospitality of Kashmir,” she added.