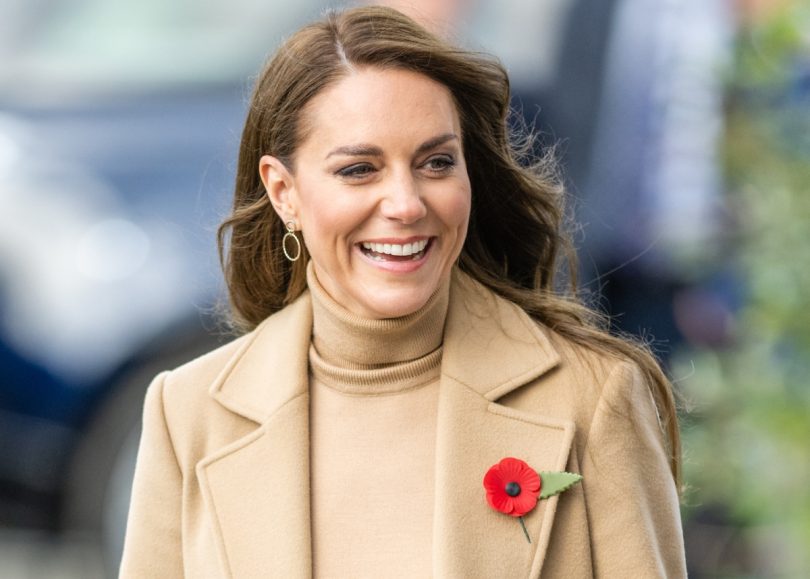 A royal expert believes Kate Middleton is at risk of being “pigeonholed” when the media focuses on the lighter aspects of her appearances. When the discussion becomes about what Kate is wearing, for example, her important messages could potentially get lost in the “fluff,” the expert said.

Forsyth noted the “very sweet video that came out which showed her giving her poppy to a young schoolboy” and asked, “Is this just a PR stunt or is it genuine?”

The expert said that Kate had been “visiting an integrated children’s center and she was calling for a change in the way that pregnant women and women who have just had children are treated in this country.”

Part of the discussion Kate took part in was about how women may suffer from postnatal depression and how they get assistance, a matter that Palmer found very interesting.

He continued, “I always say that is partly how the royal family are covered by us in the media. But I think there have been times when we’ve sort of said, ‘Well she didn’t really say anything that interesting. And if she said something more interesting we would have covered that’ rather than what she’s wearing, what she looks like, or some sweet little moment like that.”

Palmer added, “I think yesterday she did say something really interesting about why change is needed in the way pregnant women are treated in this country by local authorities, by health authorities, hospitals, and other specialists.”

Palmer looked at Kate’s other recent appearances. “A lot of the coverage was about her getting her heel caught in the mud or about somebody putting their arm around her. I’m not saying any of it’s wrong,” he said. “I just think it’s an interesting debate about how we treat our members of the royal family and I think she has come out of her shell in the last few years.”

He added, “She’s a very serious woman and she’s trying to bring about change in this country, particularly for children … Personally, I would just like to, when she does say something interesting, I think we should listen.”

Forsyth asked Palmer what he thinks Kate’s perspective is of people “focusing on the picture perfect moments” instead of her important messages.

He explained, “I think she gets very frustrated because that happened other times,” such as when people focus on a change in her hairstyle. “We in the media, we have to refract what people are interested in,” Palmer explained. “I certainly know people who are only interested in what her hairstyle looks like, what her wardrobe is — but I do think she’s got more to offer than that.”