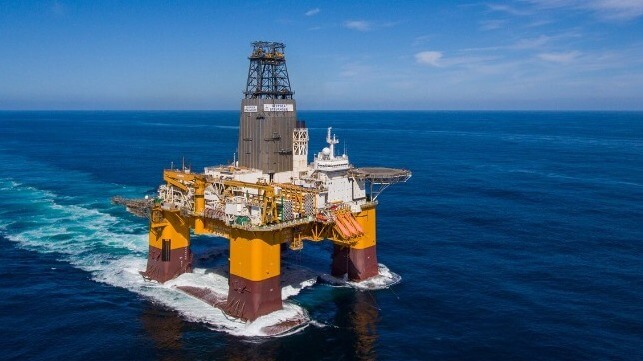 Ammonia has become one of the maritime industry’s top candidates for a future zero-carbon fuel, and its usage could spread to the offshore oil and gas industry.

Under a new contract with Odfjell, American oil and gas consultancy KBR will work with Equinor and technology group Wärtsilä to consider whether it might be practical to convert the conventional diesel generator sets aboard a drilling rig over to ammonia-fueled generators.

Wärtsilä is already working with DNV and MSC on an EU-funded project to build demonstrators for both two- and four-stroke ammonia-fueled engines. The company has run a test engine on ammonia blends of up to 70 percent, and with this support, it intends to achieve a 100-percent ammonia fuel mix in a lab setting by next year – followed by vessel installation in 2025. The project’s objectives include the development of fuel-electric propulsion setups, a stepping-stone towards gensets.

In addition to its long history in offshore oil and gas – including three decades working with Equinor and Odfjell – KBR also happens to own the license to a patented green ammonia production process, which it calls K-GreeN.