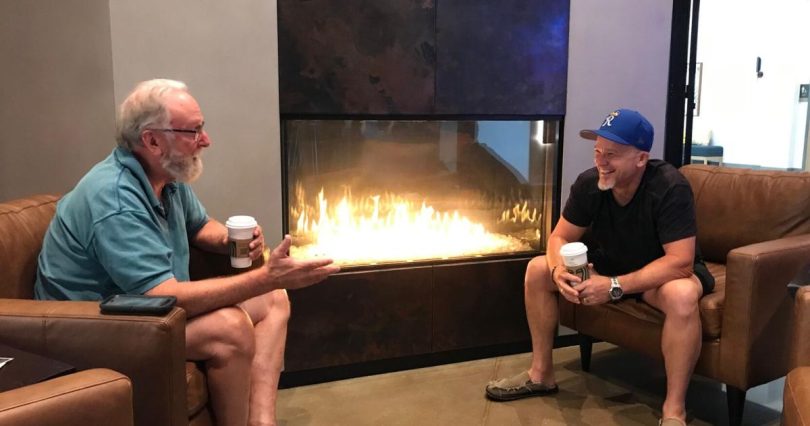 KEARNEY — The Crowne Plaza Hotel is the latest jewel to join the Younes Hospitality Complex in south Kearney.

The Crowne Plaza’s distinctive, modern appearance and amenities are what guests in luxury class properties expect.

He said in an interview this week that his new 173-room hotel is performing better than expected.

That’s welcome news given that the Younes properties and many other motels and hotels in Kearney are emerging from two years of pandemic-stunted operations. Staycations, wedding receptions, business conferences and other events are evidence that Kearney’s hospitality rebound is well underway.

As the hard times of the coronavirus and the floods of 2019 fade into memory, Kearney’s hospitality industry is hitting the ground running, said Roger Jasnoch, executive director of the Kearney Visitors Bureau.

“With all the sleeping rooms and conference space, it allows us to help conventions grow,” Jasnoch said. “It also allows us to dabble in the regional convention market,” he said, as Kearney begins marketing its facilities, tourist attractions and events to organizations seeking fresh new venues for their gatherings, Jasnoch said.

Much is at stake as Kearney’s lodging and restaurant businesses emerge from the pandemic and begin a new chapter in the industry’s history.

For years, Kearney families have traveled hundreds of miles on weekends so that youth could participate in regional baseball, softball, hockey, volleyball and basketball competitions. Jasnoch said the indoor sports complex will be large enough for events of that scale to be hosted in Kearney.

Work is beginning on the streets that will carry visitors to the sports complex when it opens in two years near the Younes Hospitality Complex.

Jasnoch said the stakes will be high. While Kearney is planning to bring people to town for conferences and sporting events, other Nebraska communities are racing to build casinos. Nearby Grand Island, with Fonner Park, is eligible to build a casino and is already developing ag-related, athletic and other events at the State Fairgrounds.

Younes North’s 75,000 square feet of conference space can accommodate gatherings of 2,500 people, but it might not have been built if an investor had not plowed ahead on the $35 million project, Jasnoch said.

“People ask me how Kearney does it. My answer: ‘It’s Paul,’” Jasnoch said. “I thank God every morning and night that Paul Younes is on our side.”

“We tried to find something that’s fun and unique,” Anderson said.

The Fyre’s bar specializes in craft cocktails and has a broad variety of scotch, whiskey, tequila and 80 wines.

Fyre is planning to launch a Sunday buffet.

“On the weekends we have lots of families,” Younes said.

A Kearney Chamber of Commerce ribbon cutting is planned at 4:30 p.m. Wednesday. A two-day grand opening will be Wednesday and Thursday for Crowne Plaza, Younes North, Fyre Modern Grill, Starbucks and Y Boutique.

While those businesses celebrate their grand opening, the rumble of earth-moving equipment will fill their air southwest of the Crowne Plaza as work continues on streets that will support the new sports complex. It’s expected that the area around the new hotel and future sports facility will be a magnet for development.

The new streets will allow access to the hotel and sports complex from Kearney’s Interstate 80 exit to the east and from the west on a street that connects to Yanney Avenue that borders Yanney Heritage Park on the west.

Kearney voters overwhelmingly approved the financing plan for the sports complex. The city of Kearney’s 1% restaurant tax was extended and broadened to include alcohol. In addition, the Kearney City Council issued $34 million in bonds to build the complex.

A special sales tax turnback will provide $17 million — about half the cost — to build the sports facility. Funds will also come from the extended restaurant tax.

Federal stimulus money will help with streets and infrastructure.

Younes donated 15 acres for the sports facility, which will be across the water from Cunningham’s On the Lake.

Younes said in January that he hopes other communities are able to take advantage of LB39 to broaden their local economy. “What’s good for them is good for all.”