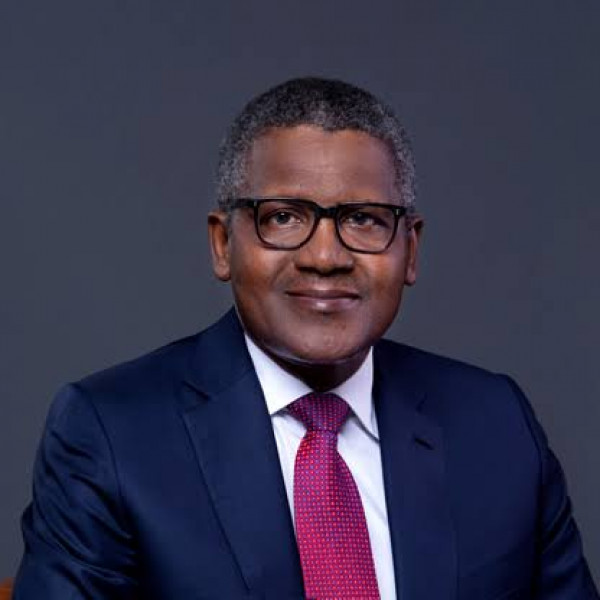 Sources within the new administration reveal that the business magnate was considering reviving his intention of setting up two cement factories in Kenya.

These two plants would produce 1.5 million tonnes per annum each, serving the local market in East Africa’s investment hub and creating thousands of jobs for Kenyans.

Over the years, Dangote has used the lowering pricing technique to grow its market share across the African continent.

President Ruto and Dangote met in March 2014 when the then Deputy President visited the Obajana plant of Dangote Cement in Kogi State, Nigeria.

At the time of their meeting, Kenya intended to fast-track licensing for Dangote Cement in the country to boost job creation opportunities for Kenyan youth.

Dangote’s attendance at the inauguration ceremony indicates that the cement factory will be built in Kenya. As a way of gaining public trust in the continent, Dangote Cement partnered with Sinoma –a Chinese-based cement manufacturer.

This gave confidence that the company was reliable in handling the planned projects. Sinoma has helped Dangote build several plants for his company in Nigeria and other countries.

If the plans stand, the Dangote Cement Kenya projects will see the installation of equipment for mining, quarrying, and power facilities.

Sinoma -chairman Shen Jun said the company had a portfolio of more than ten cement plants built for the Dangote Group in several African countries since 2008.

With the increasing infrastructural demand in Africa, cement plants remain a prerequisite for meeting this demand, accelerating the continent’s industrialization.

Dangote Group is the largest industrial entity in West Africa. It is also one of the largest in Africa, with interests in cement, real estate, flour, sugar, salt, pasta, fertilizer production, oil, and beverages.

Kenya’s Ministry of Industrialization, Trade and Enterprise Development (MoITED) hailed the move, saying that Dangote’s investment was a welcome addition to Kenya. While it is yet to be seen what is to come out of these plans, the attendance by Africa’s richest man at Ruto’s inauguration could bear fruit and help Kenya get back on a recovery path.

The companies where Dangote was to own 90 percent, with 10 percent owned by some “local shareholders,” were Dangote Cement Kenya Limited which was focused on cement production. At the same time, Dangote Quarries Kenya Limited would deal with limestone mining.

Dangote had long stated his intention to establish a plant in Kenya and had already been given the nod to prospect for limestone in Kanziku-Simisi in Kitui South sub-county by the county government.

With the demand for cement hitting an all-time high across the continent, Dangote was also planning to open a cement factory in Tanzania.

Other plants to be built by China’s Sinoma International Engineering Co would be in Ethiopia, Zambia, Senegal, Niger, Mali, Cameroon, Cote d’Ivoire, Ghana, and Nepal.

With this increased production capacity, Dangote Cement would add 25 million metric tonnes to the existing capacity of nearly 50 million.

While the time for the Kenyan factories was ripe, the plans fizzled out, and the story seemed to change to one where Dangote could not start the companies due to unfettered corruption demands.