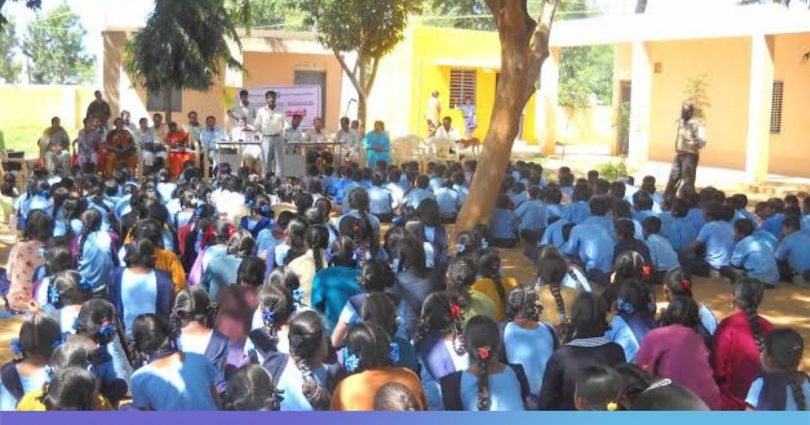 Makkala Grama Sabha, or the children’s village sabha, is an initiative held occasionally to include children within the democratic framework. It aims to provide equal standing and opportunity for children to voice their opinions and concerns. One such sabha was held at the Gopahalli grama panchayat of Ramanagara district, with about 300 children engaging in a productive dialogue with the officials.

Though such forums have been facilitated for many years, it was only in 2019 that they began systematically following a pattern for the sabha system. The sabha is organised under the aegis of the Rural Development and Panchayat Raj (RDPR) Department and the non-profit organisation (NGO) Children’s Movement for Civic Awareness (CMCA). The NGO caters to children by stimulating learning experiences that inculcate life skills and values for active citizenship.

Prior to the sabha, the NGO usually interacts with the children and holds awareness sessions to help them understand the purpose of the sabha. They were informed of the functioning of the sessions and their right to participate in the discussions being held. After these sessions, the children are free to take over and discuss their concerns with the officials.

During the session held on December 1, Ramanagara’s little residents spoke in length about matters ranging from infrastructure to drinking water. Many raised concerns about the existing infrastructure and staffing at the schools. Tracing their needs from the school to the home, they discussed a range of topics, including the need for clean drinking water, roads, bus routes, and compensation for houses. Acknowledging their concerns, the officials noted the same and assured them that they would soon look into the requests.

Where Children And Officials Interact

Talking about the session, Digvijay Bodke, chief executive officer of Ramanagara Zilla panchayat, said that it is a great forum for children to interact with the officials and a significant experience for the officers to hear from the children as well.

An article by the New Indian Express quoted CMCA associate director Marulappa PR saying that such initiatives would offer children an experience of democracy in action right from a young age. It recognises them as equal citizens and enables them to explore their right to participate.