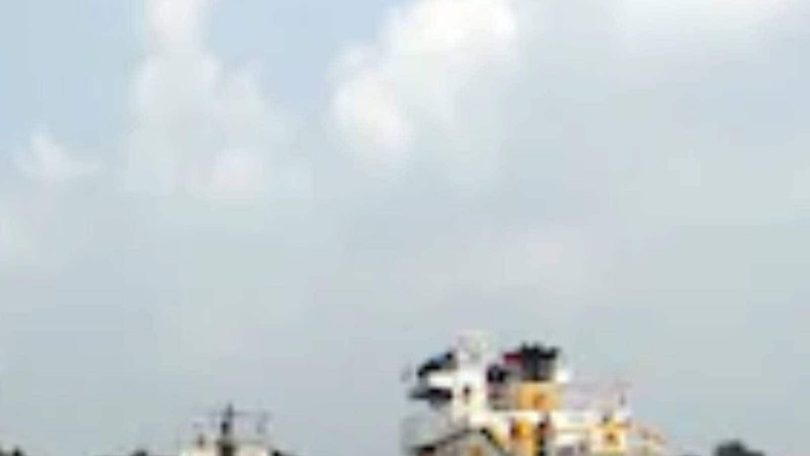 Kolkata: A new route has been created to reduce the cost of transporting goods by water. Vessels on the India-Bangladesh protocol route now. However, this time, the port officials say that the time and cost of transporting goods will be greatly reduced if the vessel goes on the new protocol route. Last March, India and Bangladesh agreed to use Bangladesh’s Chittagong and Mongla ports to increase sea connectivity with the northeastern states. After this four possible routes are selected.

According to that plan, Kolkata Port Authority with the help of a private company will send a vessel on Mongla-Tambil and Mongla-Bibir Bazar route on Saturday. Two containers will be sent in this vessel. Out of this one container will go to Meghalaya through Tambil-Dawki border. The other will go to Assam through the Bibi Bazar-Srimantapur border. If these two areas are successful, the cost of transportation of goods from Kolkata-Haldia to the states of Northeast India will be greatly reduced.

On the other hand, after 62 long years, transportation of goods from Kolkata to Dibrugarh water route has started. The goods will go through national waterway number two. Earlier, tea and Calcutta were imported and exported through this waterway. This time heavy parts, coal, edible oil, tea will be supplied. It will take 8 days to transport goods through National Waterway No. 2. Goods will be cheaper, claims the Ministry of Shipping.

According to Kolkata port sources, Bhagirathi and Brahmaputra have long been connected by water. The British used to bring tea from Assam to Calcutta by ship. And several T-sheds were made in Kolkata for him. On the other hand, coal and cement were transported by water from Calcutta. Gradually, grain, edible oil and many other things were imported and exported through this waterway. However, due to the war in Bangladesh, the transportation of goods was stopped.

Read more: Trinamool has left Perth to save the party, explosive Dileep in the morning tour

Since the 1980s, there have been several attempts to make the waterway, known as National Waterway II, commercially viable again. National Water Way 2 was re-launched despite various reasons preventing the launch of that work.

As a result, cargo ships or barges will be able to ply from Haldia, Kolkata to Dibrugarh in compliance with International Water Protocol. This project has started again. Kolkata Port Chairman Vineet Kumar said, “This new route is very profitable. Products can be delivered in much less time. Several companies have shown interest in this route. Gradually, heavy parts will be supplied on this route. Besides, this route will play a big role in tourism in the future. The country currently has five inland waterways The 1620 km Ganga waterway from Allahabad to Haldia via Bihar, Jharkhand was declared as National Waterway in 1986.