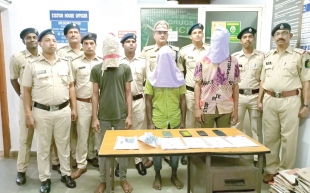 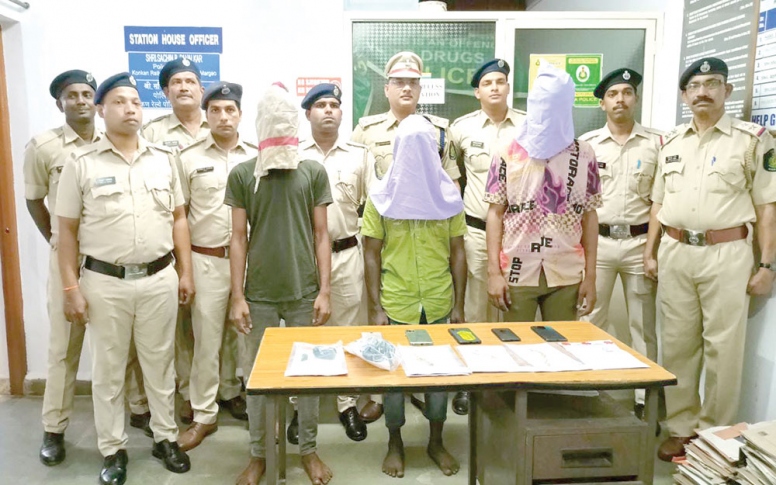 MARGAO: Three persons were arrested by the Konkan Railway Police for stealing gold and other items worth Rs 1.38 lakh, from a woman, who was traveling in a train from Kerala to Mumbai that had halted at the Marago Railway Station.

The police registered a case of theft against the accused persons based on the complaint filed by Nikhil N, resident of Nademmal, Kerala, who was traveling with his family in the Netravati Express train from Trivandrum Central, Kerala to Lokmanya Tilak Terminus, Mumbai

Their train had halted at the Margao Railway Station at 4 am on October 26, during which time, the accused persons robbed the handbag of the complainant’s wife, which contained three gold chains worth Rs 1.16 lakh, two cordless earphones worth Rs 10,000 and cash worth Rs 12,000.

During the course of the investigation, which continued through the first weeks of November, the police arrested three 19-year-old boys, namely Shankar Madar from Chicalim, Sonu Sawant from Vasco and Muskim Shaikh from Pixem Dongri, Vasco. The police managed to recover the stolen property as well as other mobile phones that were robbed during thefts at the Margao Railway Station.

While the accused have been remanded to police custody for five days. Further investigation is underway to verify their involvement in similar theft cases that have occurred recently.