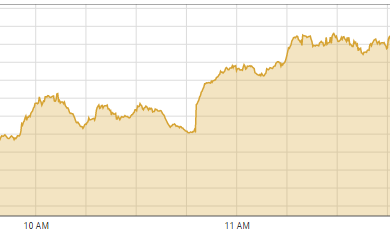 Shares at the Pakistan Stock Exchange (PSX) rose on Thursday, with analysts citing multiple factors, including interest in the energy and cement sectors.

Head of Equity at Intermarket Securities Raza Jafri said energy stocks continued to see interest as the government worked on its plan to resolve circular debt. He added that the cement sector was also lifting the index up on reports that a preferential trade agreement may be signed with Afghanistan which would reduce the price of Afghan coal.

First National Equities Limited Director Amir Shehzad also said the cement sector was behind the rally, which could sustain if the central bank’s Monetary Policy Committee decided to maintain the interest rate at its Jan 23 meeting.

Meanwhile, Pakistan Petroleum Limited’s shares were up Rs0.2 or 0.24pc at the same time.

Meanwhile, former PSX director Zafar Moti said the KSE-100 had risen because of several reasons, including Finance Minister Ishaq Dar’s clarification yesterday that the government would not take over commercial banks’ dollars. This had eased the panic created in the market earlier, he said.

Besides this, the market had also “taken a sigh of relief” after Chaudhry Parvez Elahi won the vote of confidence in the Punjab Assembly as it eased political uncertainty.

“Overall, buying orders have been received from corporates,” he noted, adding that if the gap between the USD-PKR exchange rate in the interbank, open and grey markets was narrowed, the market would greatly benefit.