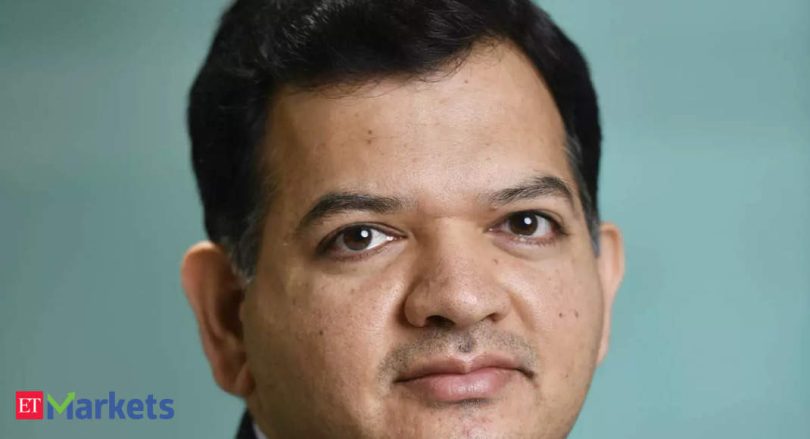 “We are recommending stocks where we see a good comfort compared to the historical valuations and over there, the private banks fit in. IT services companies have some premium but good growth potential. In pharma, companies which have good exposure to India as well as companies which are into diagnostics and hospital space look good. We also like the telecom space,” says Kunal Vora, Head of India Equity Research, Telecom and Consumer Analyst,


How much is the rise in commodity prices and employee costs hurting gross margins of companies across the board? Will it be just for this quarter or do you believe that it is likely to expand into the coming quarters as well?
Commodity cost is not really the biggest concern right now. We have seen commodities costs benefiting the earnings in FY22 and FY23. We have already seen some cuts because of pressure on margins. In the second half FY23, we could start seeing commodities helping many of the Indian consumer companies.

In the case of IT also, we believe that the margins are close to their bottom right now and things could actually start improving there. The reason why we are negative on the market is a few things. Firstly, we are close to 20% above our valuation peak. In the case of our valuation premium over Asian peers, we are almost at a 60% premium and we have rarely seen this kind of premium really getting maintained.

Also bond yield is at 7.2% versus earnings yield which is 5.2% with a 200 bps gap. This is almost the peak gap which we have seen and whenever we have seen this level of gap, the one year forward returns have actually been negative. We have seen that playing out in 2010, 2014 and 2018 and we would not be surprised if that really plays out again from here.

Our view is that investors need to be cautious on the market. Also, there are global risks. Our economists believe that global growth is likely to slow down, inflation is likely to remain elevated and they advise that credit assets should be avoided. So, yes that is our view.

I am also intrigued by your overweight stance on IT because there are growing murmurs and concerns about how growth is likely to slow down in FY24. We are just not worried about FY23 but in FY24, growth is going to be a challenge and margins have been under pressure. What is your thesis there?
In the case of IT, our view is that demand is not really going to fall off the cliff. We could have a couple of quarters in which the demand could be weaker. Having said that, post Covid, we have seen structural tailwinds for this industry.

This is the industry which has got some of the best managements, some of the strongest balance sheets and they have been returning cash to the shareholders. Valuations are at a slight premium may be about 22 times compared to 18-19 times historically. Having said that, we believe the premium is justified considering the strong tailwinds in this sector.

So you believe that right now in terms of the market approach, one should focus on defensive positioning? Would that be an overweight stance on IT and pharma?
I would not comment on specific stocks but when we are talking about being defensive, we are talking about defensive in terms of valuation. Traditional defensives are consumer staples and consumer durables. Many of these sectors which are domestic facing are actually trading at fairly elevated valuations and so we are not recommending those stocks.

We are recommending stocks where we see a good comfort compared to the historical valuations and over there, the private banks fit in. It is a sector which is trading at close to its historical average valuation. IT services companies have some premium but good growth potential. In pharma, we believe the companies which have good exposure to India as well as companies which are into diagnostics and hospital space look good. We also like the telecom space in which we are looking at two players dominating the space for the next many years. This industry has got strong digital tailwinds.

What about autos? Do you think the best of the rally is behind us?
That is right. We believe that we have seen a K-shaped recovery, we like the PV space, the CV space in which the companies are well poised. Many of these companies are also fitting into our affluent India theme which we have been writing about. We do not really see that kind of growth potential in the case of two-wheelers.

Two wheelers are looking reasonable in terms of valuations but we do not like the growth potential. In the case of four-wheelers, we see a fairly strong FY24 but after a big rally which we have seen over the last few months we believe that we should be waiting for better entry points.

One theme that has been working out for investors this year is the capex recovery. A lot of corporates are investing big time in increasing their capacity. Industrials’ order books have gone up and even defence and other ancillaries are seeing quite a bit of traction. Can this space generate alpha over the next 12-18 months?
I agree that the capex theme looks good. The government had made many structural changes over the last few years. The PLI scheme has been introduced, even the allocations to capex have been very high from the government point of view. Many of these defence companies could benefit from the atmanirbhar initiative which the government has taken.

Having said that, we need to be selective here, it will really depend from stock to stock. I would like to say that in broad brush, everything looks good here. Utilisation levels have gone up, corporate balance sheets are looking pretty healthy compared to what we have seen in the past. So yes, it is a theme which is likely to play out over the next few quarters. Having said that, I would not say that everything is looking good there.

If most of these sectors are actually looking good to you what is the space which is the clear avoid at the moment?
What we would avoid is everything which is very high in terms of valuations. There are many of the businesses which were trading at 25 times 10 years back and they were growing at a much faster pace; today the same businesses are trading at 40-50 times with lower growth rate.

The problem has been that in many of the sectors we see the same trend that the growth rate over the last decade has actually moderated while the valuations have expanded and we would avoid sectors in which the valuations are elevated. Similarly, many of the new businesses have got listed, and are pricing in the growth for the next decade. so we would avoid any such businesses.