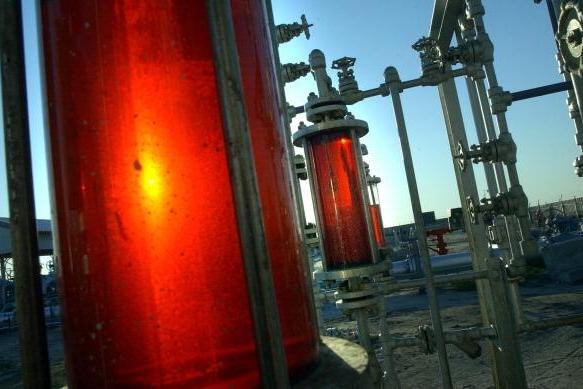 Kuwait has allocated about $11.5 billion to implement oil and gas projects during the coming years, which are divided into several stages according to the progress that has been achieved. On a related front, MEED magazine reported that three American, Australian and French international companies have submitted their final bids for the project management consultancies in the oil and gas sector in Kuwait, according to industrial sources.

The valuation of bids include, $424 million in the design phase, $492 million in the prequalification phase of contractors for the main contract, $1.641 billion in the planning and initial designs phase, and finally $8.317 billion in projects in the study phase. The contract was proposed by the Kuwait Oil Company to cover both the initial engineering and design services and the project management work for the main infrastructure of KOC projects.

The magazine added the American KBR, Australian Worley and French Technip, submitted their bids on June 22, while Fluor, has been excluded from the tender due to violations related to submitting the initial letter of guarantee, and Wood Group, the British company, because it offered the highest price in a previous round. KOC uses the Practice System in the bidding process for a special project management contract. The system acts as a reverse multi-round auction, where companies have to lower their prices or keep the same price for each round, all prices are revealed to bidders after each round, and the higher-priced bidders are forced to withdraw as bids drop.

Significant
delays The contract has experienced significant delays since it was originally introduced. The bids submitted by the American companies Fluor and Technip of France were initially rejected in the first round of bidding, and the Kuwait Oil Company initially accepted the bids submitted by US KBR worth 88.41 million dinars ($ 292 million); the British Wood Group valued at 83.46 million dinars and the Australian Worley with a value of 81.3 million dinars. In February of this year, MEED revealed that France’s Technip had returned to competition for the project, while Fluor remained excluded from the bidding process, and learned in May that the Cabinet’s Grievance Committee had requested a copy of documents and information related to a complaint by Fluor about its continued exclusion. .

The Central Agency for Public Tenders had initially excluded Fluor and Technip from bidding for their failure to amend the bid guarantee value for the contract from 2.50 million dinars ($8.2 million) to 2.65 million dinars ($8.7 million). Subsequently, the two companies submitted a complaint to the grievance committee in the Council of Ministers, claiming that they were not informed of amendments to the specifications of the tender.

The reason for allowing Technip only to join the tender process was not known, although a complaint was submitted by both companies. Over the past few years, there have been few announcements of major projects in the oil and gas sector in Kuwait due to the growing impact of the Corona pandemic on the one hand, and the global transition to clean energy on the other hand, due to the ongoing issues related to the internal political situation in Kuwait, which has hurt The decision-making process, including reforms to support the local economy due to opposition positions in the National Assembly.