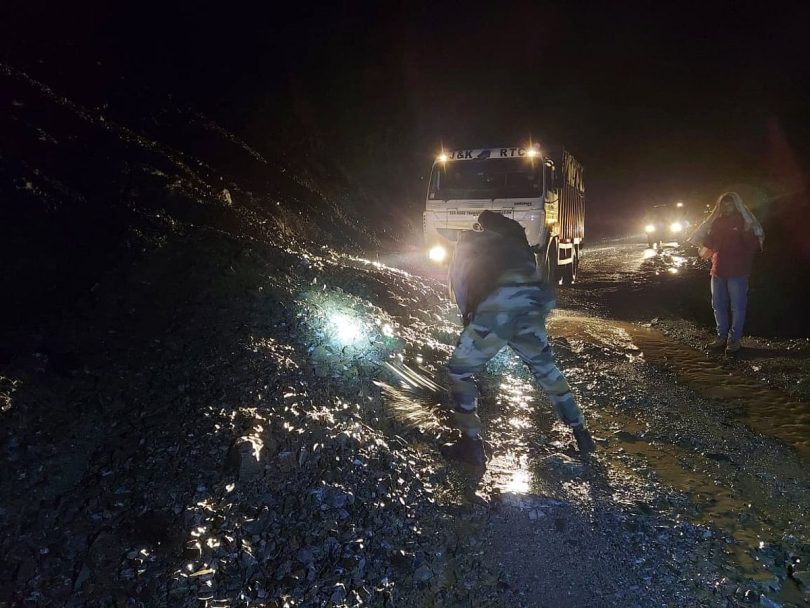 Rajouri: Vehicular traffic on Mughal road remained suspended for around three hours due to a landslide that hit the road at Sukh Sarai, falling in Shopian district area, on Wednesday.

As per officials, on Wednesday afternoon, a landslide hit the Mughal road at Sukh Sarai and a portion of landmass fell on the road stretch, causing its closure, however, there was no damage to any vehicle.

They said that slide clearance work was launched soon after the incident and debris was removed after around three hours during which the road remained closed for movement of vehicles.