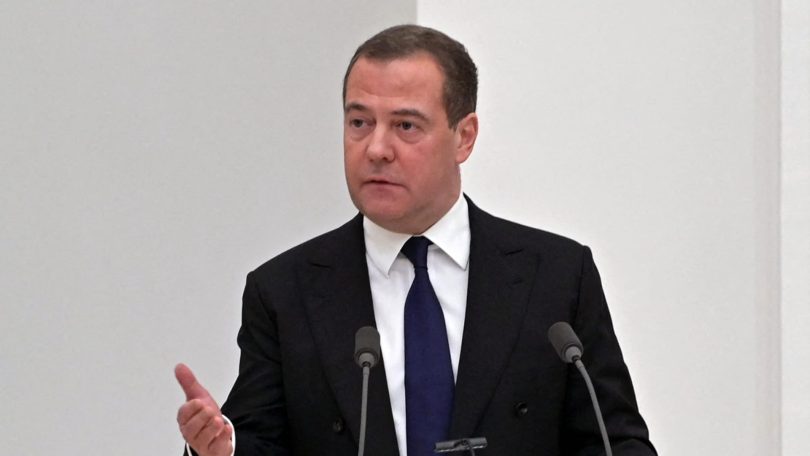 U.N. Secretary-General Antonio Guterres dubbed shelling over the weekend of the Zaporizhzhia nuclear plant as “suicidal” and called for international inspectors to be given access to the site after Russia and Ukraine shifted blame for the attacks.

Russia’s former President and one of President Vladimir Putin’s closest allies, Dmitry Medvedev, said Moscow would achieve its aims in the conflict in Ukraine on its own terms.

In an interview with Russian state news agency TASS, he simultaneously warned that the West was trying to destroy Russia, citing the enlargement of the NATO military alliance.

The vessels — one carrying 11,000 tons of soybeans and the other 48,458 tons of corn — were bound for Italy and Turkey, respectively. Meanwhile, a third port, Pivdennyi, opened Monday, increasing the country’s strained export capacity.