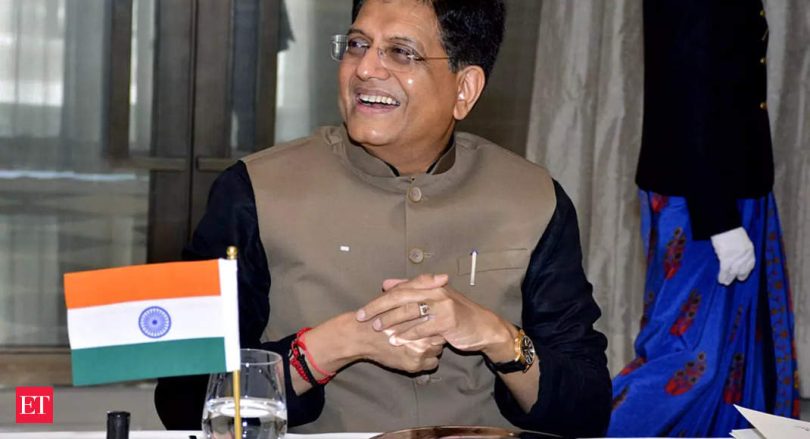 New Delhi: Ahead of the next round of negotiations between India and the European Union on the proposed free trade agreement (FTA) at the end of this month, commerce and industry minister Piyush Goyal said on Monday that the pact will give greater market access for several domestic sectors such as textiles, leather and sports goods in the EU.

The two sides revived the talks on June 17 after a gap of more than eight years for agreements on trade, investments and geographical indications (GI). A GI is a sign used on products that have a specific geographical origin and possess qualities or a reputation that are due to that origin.

The next round of negotiations will take place from June 27-July 1 in New Delhi.

“It will open the doors, we believe, to our textiles, leather, pharma, sports goods, some agri products, handicrafts, handlooms. All this will get a bigger market. Our exports will increase,” said Goyal.

India had started negotiations for a trade and investment pact, called the Bilateral Trade and Investment Agreement (BTIA), with the 27-country economic bloc in 2007 but the talks were stalled in 2013 as both sides failed to reach an agreement on key issues, including customs duties on automobiles and spirits, and the movement of professionals.