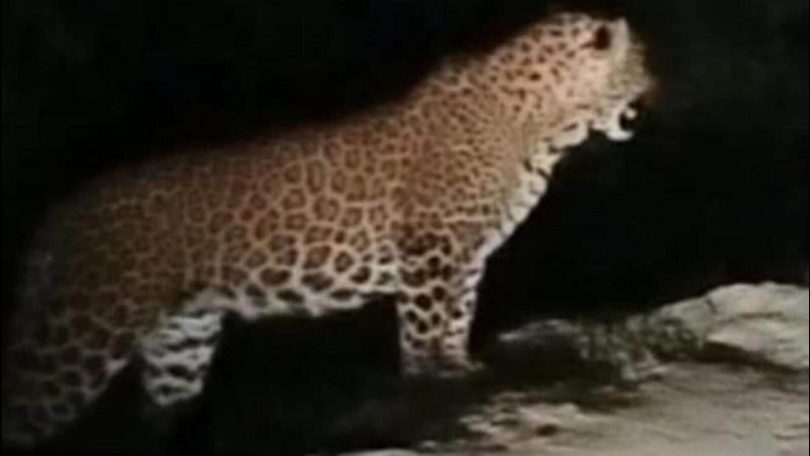 The leopard that was spotted several times by villagers in Manesar since the past 10 days, was also caught on CCTV cameras installed at the Maruti automobile manufacturing plant in the area, said wildlife officials on Wednesday, adding that fresh pug marks were seen in the village on Wednesday. The search operation is still underway in the village but there is no sign of the leopard, they said.

A cage has been kept in the village and also at the Maruti plant and officials are monitoring the cameras to see if the leopard will turn up again.

Rajesh Chahal, a wildlife inspector posted in Gurugram, who is also part of the search team, said the leopard was first spotted on October 20 and then on October 25. “We searched the Maruti plant but we could not find the big cat and only found its pug marks going towards the forest area and it seems like it has returned to its wild habitat,” he said.

Chahal said there has been no impact on the operations of the plant, which manufactures automobile parts, despite the workers spotting the big cat twice in the plant — on October 20 and again on October 25. “The cage is still inside the plant and we will only remove it once we get a green signal from the officials that there is no trace of the leopard,” he said.

Officials of Maruti plant did not comment on the matter on Wednesday.

On the other hand, villagers of Kasan in Manesar, which is adjacent to the automobile plant, said the leopard is prowling the area and they have been spotting it since the past few days. “We have stopped going out alone after dark since the past 10 days as panic has gripped the village. Fresh pug marks were found on Wednesday early morning following which we all have remained alert,” said Prempal Singh, one of the villagers.

Wildlife department has been patrolling the forest area to ascertain whether there is any shortage of water or food in those forests that is forcing the big cat to move towards human habitats.

Rajendra Prasad Dangi, divisional wildlife officer, said the search operation is still underway in the village and teams were sent on Wednesday morning and evening. “We have set up cage at a few locations for the safety of the villagers. We have also deployed forest guards in case there is any emergency and another team is on alert with a tranquillizer guns,” he said.