Novels telling the story of one whole life have a natural appeal, because they mimic subjective experience. Such fiction struggles with the same conundrums an individual does: collectively, what does this one existence mean? What about it most matters? Is it coherent? (Chances are, no.) Is it purposive or arbitrary? (Probably both.) At what junctures might the plot have gone very differently?

Ian McEwan’s engaging new novel Lessons may most tangle with that last question, while leaving his protagonist as much in the dark about the roads not taken as the rest of us. Although realistically episodic, the tale of Roland Baines is organised around a pivot point: his relationship with his British boarding school piano teacher, Miriam Cornell, then in her mid-twenties, whom he both feared and desired from the age of 11.

At 14, during the Cuba missile crisis, Roland feels he has nothing to lose if the world is about to end and rocks up at Miriam’s door. Astonishingly, the infatuation is mutual. She leads him upstairs. Unlike most fantasies that come true, the sex is every bit as marvellous as the boy had imagined.

In fleeing her suffocating embrace, Roland also flees the boarding school, forgoing the sixth form and likewise the university education that will facilitate the prosperous futures of his peers. Throwing himself into manual labour, he turns his back on classical piano, though Roland (McEwan plants multiple objective correlatives confirming as much) is an extraordinary talent, worthy of becoming a concert pianist.

McEwan is not excessively neat about this fork in the road, seeming to leave open the possibility that a pervasive aimlessness to Roland’s life might have afflicted him even without the formative affair with his piano teacher. He joins a rock band. He takes repeated trips to East Germany. He becomes a tennis coach. He becomes a poet. He plays lounge music in a restaurant. He marries, and when their son is still an infant his wife abruptly abandons the family. When she fails to return, Roland is repeatedly grilled by the police, who believe that most wives who disappear have been murdered by their husbands.

It’s formally impressive that after the charged encounter between Miriam and Roland in late adulthood (a wonderful scene), McEwan maintains narrative momentum for another 150 pages. Most novelists would have reserved the resolution of such a central relationship for the finale. Crucial questions are left dangling, as they should be. Did being seduced as a child by an older woman leave Roland irreparably damaged? Did that relationship explain his sexual restlessness for decades thereafter? Has any other woman ever felt that good?

Were the sexes reversed, no moral ambiguity would be likely to muddy the fictional waters in this way: “His life had been altered. Some would say ruined. But was it really? She had given him joy. He was the stooge of current orthodoxies. No, that wasn’t it either!” In McEwan’s 2007 novel On Chesil Beach, the lives of McEwan’s characters are upended by failed, ignorant sex; in Lessons, Roland’s life is rocked by sex that was too splendid.

Most of all, this back-story, which Roland keeps largely to himself, belongs to him, even on the cusp of old age: “When he asked himself if he wished none of it had happened he did not have a ready answer. That was the nature of the harm. Almost 72 and not quite cured. The experience remained with him and he could not part with it.”

Roland’s personal narrative is interwoven with historical events. Like McEwan, Roland was born in 1948. Fellow boomers will be reminded how much the generation has lived through: Suez, Cuba, Profumo, Thatcher, Chernobyl, the fall of the Wall, Blair, Iraq, 9/11, 7/7, Brexit, Covid. That sequence gives you the horrible feeling there’s more to come.

McEwan’s prose always goes down like a cool drink, and its content is often trenchant. Of sex with Miriam: “It was either hilarious or it was tragic, that people should go about their daily business in the conventional way when they knew there was this. Even the headmaster, who had a son and daughter, must know. Even the Queen. Every adult knew. What a facade. What a pretence.” He captures smaller revelations equally well, such as the exhilaration of putting on badly needed glasses for the first time. 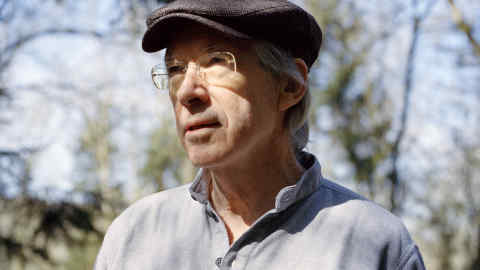 McEwan doubtless shares Roland’s disapproval that “literary editors commissioned novelists rather than critics to review each other’s works”. But he’s stuck with me. I’ve read a dozen of McEwan’s 17 novels, and the single one I didn’t care for was The Cockroach (dashed-off Remainiac propaganda during an era that made us all crazy). That’s a high batting average. I’m delighted to have added this thoughtful, touching and historically grounded novel to my bookshelf.