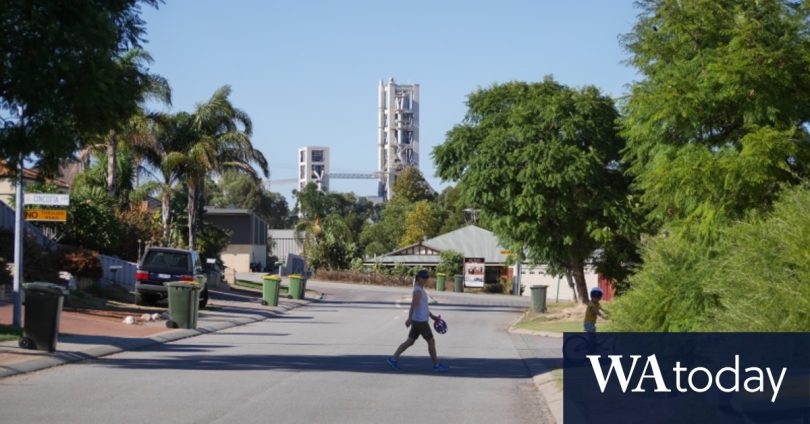 The plant currently operates under a state agreement along with other environmental approvals and operating licences.

David Leigh, a prosecutor from the State Solicitor’s Office, told the court one of the plant’s two kilns seemed to be running at all times.

He said the odour concerns being experienced by residents, who have to close up their homes and go inside to avoid the smell, appeared to occur while the plant was going about its normal operations.

“If an odour is sufficiently intense and offensive, then it is possible that odour in and off itself may constitute pollution,” Leigh said.

“What we do say is where an emission amounts to pollution, it is always unreasonable.”

Leigh told the court in his closing argument there was no evidence to suggest it would not be possible for the company to find other ways to operate without creating the smell.

The prosecution had submitted evidence by several residents of experiencing strong odours coming from the plant when the wind was blowing in their direction.

But leading Perth barrister Sam Vandongen SC, who represented Cockburn Cement, argued the prosecution had used an “exceptionally small” number of residents as part of its case.

He said the magistrate would have to be satisfied from the evidence that particular residents were impacted by interference of an unreasonable emission and not just from a global view being put forward by the prosecution.

“We also rely upon the socially valuable process of Cockburn Cement. A premises that has been operating in that area for many years,” Vandongen said.

“If it is the case the odours were emitted by use of shell sand feed, that is the way in which it makes lime and has done so for many years.”

“If it wasn’t produced here, it would be purchased from another producer,” he said.

“The mere fact money is spent locally does not transform an activity into a socially valuable activity.”

Cockburn Cement was slated to conduct an odour-reducing trial at Munster this year.

The magistrate has reserved her decision on the case until December 1.

Alcoa and South32 have traditionally been the biggest customers for the lime produced at Munster. Gold miners take up the rest, which is needed to turn the bauxite they mine into alumina.

Malaysian importers cut into the business with Alcoa, however, leaving Adbri contemplating moving its lime production some 600 kilometres away to Kalgoorlie.

Difficulties in supply chains have mean there has still been strong local demand for lime despite the loss of the Alcoa contract.

The Munster plant has also faced other environmental concerns as it continues to burn coal to create lime.

Adbri had promised to stop using coal by 2021 but the date has now been pushed out to 2024. Last year coal represented 50 per cent of the fuel mix used at Munster with the rest covered by gas.

The company’s operations around Cockburn put it in the top 12 for big emitting facilities in WA pumping more than 1 million tonnes of greenhouse gases into the air in 2020-21.

Greg Hocking, a retired lawyer and resident living near the Munster plant, is part of the community group Cockburn Pollution Stoppers and told WAtoday odour and dust was still impacting thousands of people living in the nearby suburbs.

“We’re still getting the smells happening when the wind direction is from the south west in our area,” he said.

“What we’d be hopeful for there [the court case] is a conviction and a requirement to make changes to their licence conditions to stop their pollution.”

The Morning Edition newsletter is our guide to the day’s most important and interesting stories, analysis and insights. Sign up here.