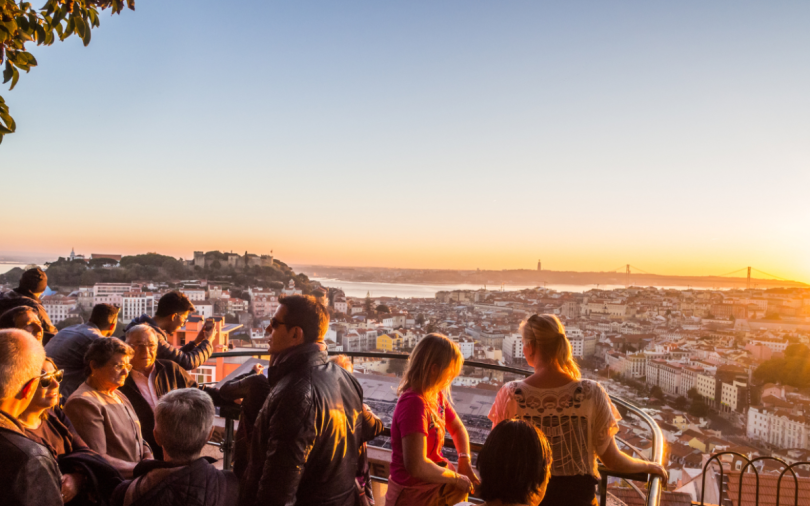 Listenbourg is the hottest country on social media right now, with swarms of people tweeting about its culture and history; some even shared patriotic photos of its flag and location.

So why haven’t you heard about the country of Listenbourg before now? Well, that’s because it simply doesn’t exist.

The fake country became a viral sensation over the last week or so after a Twitter user–who goes by @gaspardooo–shared a photoshopped image of a country on the border of Spain and Portugal on Oct. 30, according to Know Your Meme, the meme database.

It all started after @gaspardooo shared an image of a doctored map of Europe with an arrow drawing attention to the area above two of the continent’s coastal countries.

Translated from French, the original tweet read, “I’m sure Americans don’t even know the name of this country.”

Soon after, the tweet went viral, mainly in European countries, as many of the original replies and subsequent memes are made in French and use French slang like “ptdr”–which is an acronym for “pété de rire” according to Urban Dictionary–that translates to laughing wildly, similar to the American term LMAO.

One account, in particular, added to the country’s lore in mass and created a thread that listed Listenbourg’s flag, its notable moments in history, and the land’s leaders.

The meme’s originator also compared the fake country with Atlantis, “Imagine in 1000 years archaeologists find maps of Listenbourg, it’s going to be like with Atlantis ptdrrr they’re going to spend their whole lives looking for where the damn poor country could have gone,” the translated tweet joked.

“They talked about Listenbourg on Fox News and it doesn’t make them laugh at all,” someone else wrote alongside a fake photo of Tucker Carlson reporting on the Internet sensation.

The official account for France’s National Federation of Firefighters even got in on it and tweeted a fake story about providing support for their neighboring country.

“#Intervention | The sapeurs- #pompiers [firefighters] of France engage 18 fire-fighting machines from #forêt to support the colleagues from #Listenbourg whose territory is in the grip of the flames,” the translated tweet read.

So did a few brands, like the navigation app Waze, who tweeted, “The Listenbourg, at least we know how to get there!”

Countless creators have also developed accounts on behalf of the fake country, including an airline, a Ministry of Commerce, and a women’s soccer team.

The subreddit r/Listenbourg is dedicated to sharing memes, jokes, and of course, fake “facts” about the region. The pinned thread titled “Learn more about the country!” has risen to the top and provided context for everything one could possibly need to know about the viral land that doesn’t exist. A different Reddit user even shared a YouTube timelapse of the creation of the fake country.

Even TikTok is talking about it, with millions of views already compiled for the tag #Listenbourg along with dozens of videos created about the made-up country.

While Americans’ stereotypical lack of knowledge of international geography is clearly the butt of the joke, it was only a matter of time before someone came for us, as memes making fun of British and Australian speech patterns have been making their rounds online for some time.