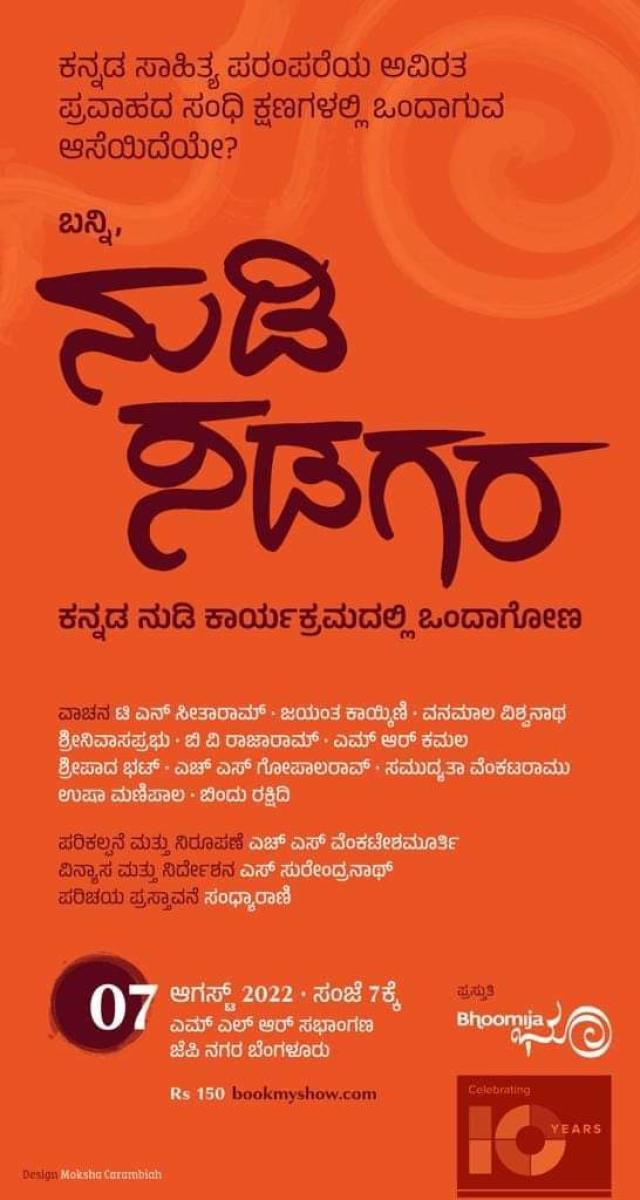 A Kannada literary event was cancelled following criticism on social media that it was confined to Brahmin writers.

Nudi Sadagara (meaning ‘language celebration’) was planned at MLR Auditorium, J P Nagar, by Bhoomija, a literary and cultural organisation. It was slated for August 7.

A controversy erupted when some on social media said the event gave no representation to Dalits, Shudras and writers from non-Brahmin communities.

Opinions ranged from calling the event a ‘special pankti (line) lunch at an Udupi mutt’ to ‘a private chit chat of Brahmins’. Some countered the criticism by sarcastically remarking that literary events should have caste-based reservations like government jobs.

The debate rages on. Some supportive of the event recalled that the Adima 2022 literary event held in Kolar recently saw the participation of writers only from Dalit and backward communities.

Amidst the furore, Y K Sandhyarani, who was to anchor the programme, posted a message: “I had happily agreed to anchor this programme as it is a Kannada programme. However, looking at the invitation, I realise it does not include all Kannada-speaking people. I did not know this. I don’t want to take part in this event. It is against my beliefs. Excuse me,
I am not a part of this event.” When Metrolife contacted writer and theatre person S Surendranath, who had curated the event, he said, “It is off now. I don’t want to speak about it.”

Some on social media expressed reservations about the entry fee of Rs 150. They argued that literary events should be free of commercialisation.