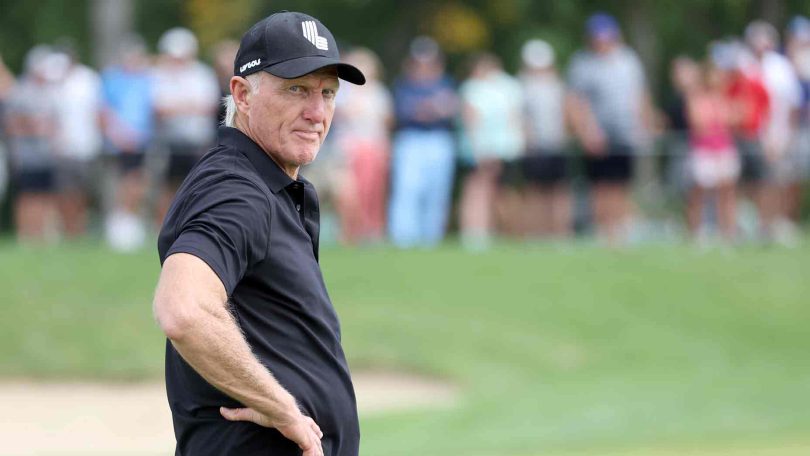 Greg Norman is reportedly close to landing a broadcast partner for LIV Golf.

Only weeks ago LIV Golf CEO Greg Norman claimed that there was a bidding war of sorts brewing for the rights to telecast LIV Golf’s tournaments: “All I can tell you is that the interest coming across our plate right now is enormous,” Norman told ESPN 1000 in Chicago, citing interest from “four different networks.”

But according to a Golfweek report published Wednesday, the opposite is true: Rather than beating back would-be partners, LIV Golf is actually set to pay a network to air its tournaments.

According to the report, that network is Fox Sports, which would air the tournaments on its cable-television channel Fox Sports 1. One of the few big networks not currently involved in golf coverage, Fox has been a speculative frontrunner to carry the Saudi-backed league’s events; Norman also has a long-time friendship with Fox chairman Rupert Murdoch.

When contacted by GOLF.com Wednesday, a Fox spokesman declined to comment on the report, but according to a source familiar with the negotiations, weeks have passed since the network’s last conversation with LIV Golf.

According to the report, if LIV does end up footing the bill to air its tournaments on Fox Sports 1, the league would also be responsible for overseeing the execution of the broadcast itself, as well as selling its own commercial sponsorships — an unconventional arrangement.

LIV Golf’s previous five events this year have been streamed commercial-free on YouTube and LIV’s own website.

The timeline for any potential deal is unclear. But LIV has three remaining tournaments on its 2022 schedule: Bangkok, Thailand, October 7-9, Jeddah, Saudi Arabia, October 14-16, and Miami, Oct 28-30. LIV’s 2023 season begins in February.

As a four-year member of Columbia’s inaugural class of female varsity golfers, Jessica can out-birdie everyone on the masthead. She can out-hustle them in the office, too, where she’s primarily responsible for producing both print and online features, and overseeing major special projects, such as GOLF’s inaugural Style Is­sue, which debuted in February 2018. Her origi­nal interview series, “A Round With,” debuted in November of 2015, and appeared in both in the magazine and in video form on GOLF.com.