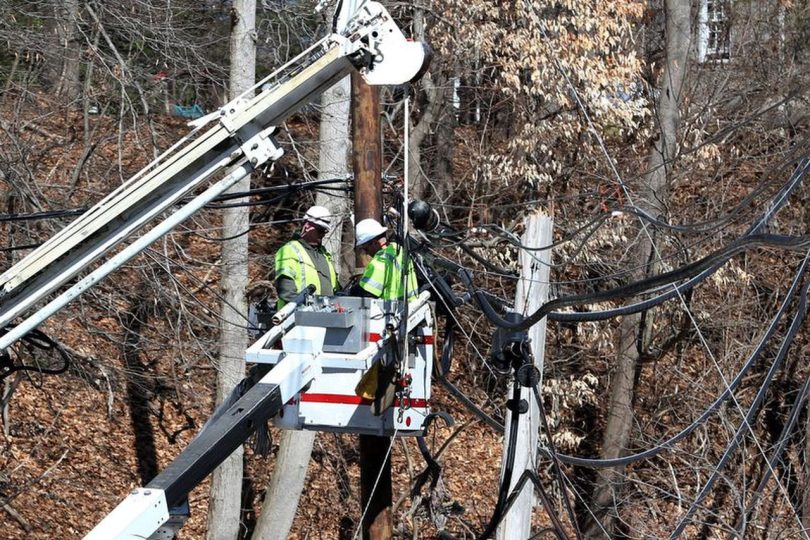 Tens of thousands of homes and businesses in New Jersey were without power Tuesday afternoon with temperatures soaring into the 90s during the latest heat wave to hit the state.

The outage was caused by a downed high voltage line along Route 80, according to Jersey Central Power & Light and Morris County officials.

Crews were at the scene as of 5 p.m. working to fix the issue, but it was too soon to say when power would be restored, a JCP&L spokesman said. It was unclear what caused the power line to come down. A brush fire in the area was under control, officials said.

The vast majority of the outages – more than 62,000 – were reported by JCP&L, primarily in Sussex and Morris counties.

The high temperatures were expected to send energy demand soaring today as parts of the state hit an eighth day of the heat wave.

The National Weather Service issued a heat advisory until 8 p.m. for parts of 18 counties. Only Atlantic, Cape May, Cumberland and areas along the immediate coast in Monmouth are not under the advisory.

The latest outage numbers, reported by the utility companies, can be found in the charts below.

Note: For the most current weather advisories, watches and warnings that are active in New Jersey, check this National Weather Service alert page.

Thank you for relying on us to provide the local weather news you can trust. Please consider supporting NJ.com with a voluntary subscription.