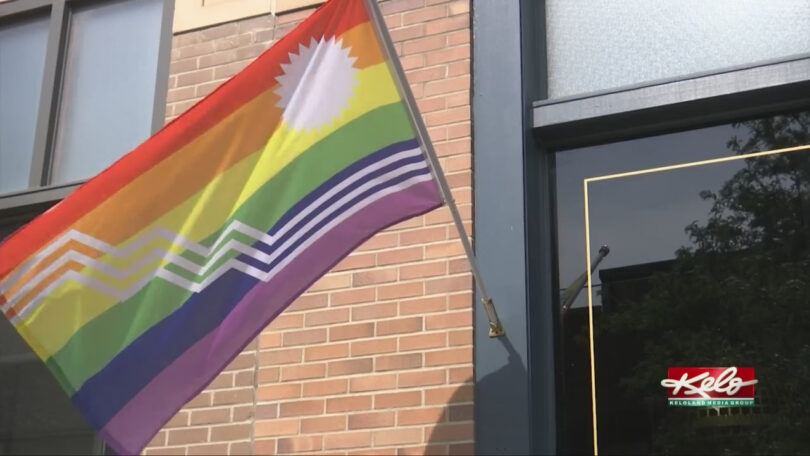 
SIOUX FALLS, S.D. (KELO) – In 2020, Sioux Falls held a small celebration in front of city hall to compensate for the COVID-19 pandemic. This year, their major events are coming back along with a lot of support from local businesses.

There’s an abundance of pride in the air in Sioux Falls. And nowhere is that more apparent than the local Full Circle Book Co-op.

“We just think that pride is about love, and it’s about loving everyone,” Kurtz said.

Co-Owner Jason Kurtz says they support pride year-round at their store, but that June is their big month to celebrate and say ‘thank you.’

“We’re hosting a lot of events this week and next week, and we’re super excited for it to be here finally and for us to actually have one instead of on steps of City Hall, like it was last year, in the rain,” Kurtz said.

His store is selling a lot of pride merchandise – a hot seller being the pride flag and its many variants. They’re also opening up their venue as a spot for Sioux Falls Pride to host events; from family bingo, to a movie night.

“And then we’re also offering Pride Poetry which is an all ages event as well,” Kurtz said.

“There’s Pride Night at the Canary’s Stadium which is going to be the 25th, we also have our annual Drag Performer Bingo at Club David and there’s going to be inclusive yoga the day after Pride,” Vice President Cody Ingle said.

Proceeds from events fund Sioux Falls Pride. Ingle says they’ve seen a lot of growth in support of pride over the years.

“We’ve had a lot of organizations throughout Sioux Falls that have really stepped up and showed a lot of support and wanted to add events theirselves, so it’s been really cool to see the community at-large come behind us,” Ingle said.

With several events to be found, followed by the Pride Parade returning this year, Ingle says there’s plenty of opportunities for people to show their support.