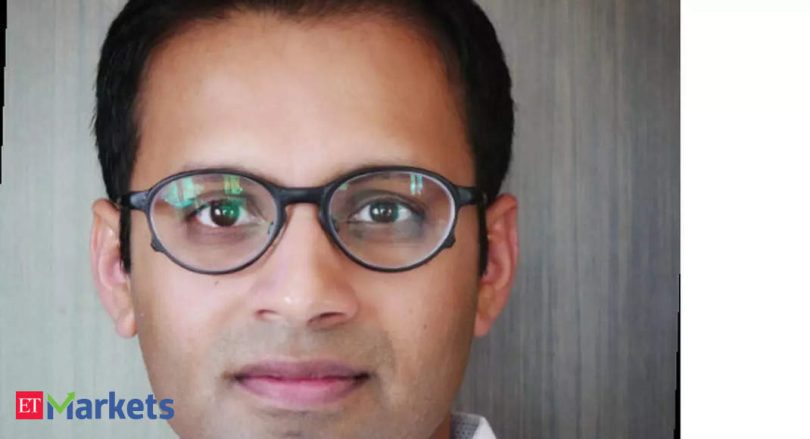 “We should not bet too much on Diwali dhamaka for the consumer durable companies. Some of them like , Butterfly are at reasonable valuations. is small and can grow faster than the pack. So there could be some bets here and there, but there is still some more time for this sector to start delivering double digit growth,” says Digant Haria, Co-Partner, GreenEdge Wealth


What is the outlook on the insurance space given that there is an interesting report talking about how we are seeing retail health industry growth accelerating and has come in at a solid 12%? What are you expecting in terms of the overall sector by way of recovery?
We have always wanted insurance as a sector to grow at 15% CAGR. We have always believed that India is so under penetrated and we can easily grow at 15% for 15-20 years; but if you look at the last six-seven years, nothing close to that has happened – be it life insurance or general insurance.

There is a struggle for growth rates to keep up. Like in Covid years, the growth rates were very slow for the non-health part. Now that part is recovering and the health part is slow. Insurance in India is also nothing more than a rich man’s consumption. The top one, two, three crore families in India are the ones who have the wealth. They go and spend money in Tanishq showrooms and they are also the ones who buy insurance.

If I take that view, insurance is quite well penetrated in India. I do not think one is right to assume secular growth of 15%. We are seeing that insurance is bouncing back in terms of the new premium returns after a period of two years and so there will be some excitement.

The stocks have gone nowhere, they will become cheaper than what they used to be in 2018-2019 but nothing to say that 15% CAGR is underwritten. If I take a three-four year view from here, I do not think 15% CAGR is that easy and we have seen that there is a new draft policy which is coming which is trying to cap commissions.

A lot of attention is also going on the commissions which the insurance companies pay out. I think his space will disappoint and then it will again pleasantly surprise and then disappoint again. Overall, I do not think this is a space where earnings growth is going to surprise you meaningfully. There are many more sectors like banking, NBFCs, autos, or cap goods where the earnings are going to be much higher. So the excitement is going to be there. I do not think excitement is going to be very high in insurance for the next one or two years.

MD & CEO Girish Kousgi stepped down. The news came post market hours but the stock tanked almost 7%. It has seen its biggest fall in about seven months. Is the market reacting unnecessarily or pre-empting something like what happened with perhaps?
The Can Fin Homes event goes a little further. They always had an MD who used to come from Canara Bank. is the parent of Can Fin Homes. So with a PSU banker coming to head a PSU housing finance company, there was never a cultural misalignment. This was the first time they tried to get someone from the private sector, the MD who just resigned, came from the private sector.

We all know that the private sector and the public sector have very different cultures. His premature resignation definitely has something to do with the cultural misalignment. Five months back, somewhere in April-may, audits were conducted by Canara Bank on Can Fin Homes. This has never happened in the history of Canara Bank that 60 people with three senior level people going and conducting audits. Usually audits happen but there was a whiff that something is wrong with the new ways of working in Can Fin Homes. I think that is getting corrected. If you ask me, Can Fin Homes was always a slow boring company which will do its job very well. Like they will never do any misadventure but they will do their job very well.

I think now with this resignation we will probably have somebody from Canara Bank coming in as the MD and the old culture will be restored and so I do not see a very big problem. Some clean up obviously has to be done but I would just not read too much into it. The institution is far bigger and stronger than just the MD resigning.

Which is your favourite Adani Group stock?
That is a very difficult question because I come from the typical institutional side. We have all stayed away from Adani stocks but some businesses really have a potential to throw a lot of cash. We are investors who focus on cash flow. If they are able to acquire

, will have a very different logistic set up in India. If you want to import something from Europe, you can get it. Multi model logistics is hardly present in India and if there is somebody who can do it, it is Adani if they get Concor. Their cash flows on the port itself is very strong and that is probably the only bet. Investors are wrong people to ask about Adani. So I am that wrong person.

were acquired by Adani, a lot of other players also announced capacities coming up in a very big way. As investors we have always seen that when the supply in the sector is coming out very strong as more and more capacities get added, the sector does not do really well for an elongated period.

Somehow we feel that though cement has rallied recently because the prices of raw have corrected a bit and there is a chance that Adani might buy some more cement companies so the smaller ones were flying more than the larger ones but for the sector as a whole, consolidation has started. In another few years, we will see the consolidation. The best time for the stocks to deliver returns is once that consolidation has happened, not when the consolidation is happening; if you do not get acquired, you have to fight it out in the market in that very high competitive environment.

So smallcaps may get excited because they will be acquisition targets but the supply side is still expanding and we do not like sectors where the supply is going to be more because then one cannot have great margins and great revenues. There will be a price war or competition.

We are expecting a Diwali and Dussehra dhamaka. Offline demand is likely to improve after a lull of nearly two years. Do you have your eye out on the consumer durable pack?

But that part of the demand is off now. The commodity prices are very high and if you look at companies like

, when it comes to refrigerators, washing machines, the entry level products are not doing so well because inflation has hit the first-time buyers earning Rs 25,000-30,000-35,000 a month salary.

Though Diwali will have a base effect and we can call it a dhamaka and all that, I think the real upside is still away in the whole consumer durable pack – be it

, Whirlpool, Consumer or because they have made a high base last year and their rich customers are doing very well. They are buying all the exotic products – be it a dishwasher or high-end AC but the large majority, the blue collar economy is still not completely out of the woods.

So, we should not reach too much into this Diwali dhamaka for the consumer durable companies. Some of them like TTK, Butterfly are at reasonable valuations. Blue Star is small and can grow faster than the pack. So there could be some bets here and there, but I think there is still some more time for this sector to start delivering double digit growth.

Would a better way of approaching this entire theme be via plays like Delhivery?

You are right. Logistics is somewhat agnostic to the rich man doing well or the poor man doing well because we see ourselves that at our homes, the Amazon deliveries would be coming maybe 100 times a year. So that part definitely is very attractive, Delhivery has a good business model but these are companies which burn a lot of cash and the macro environment is not quite suited for people who burn a lot of cash.

or something like VRL I think those companies are slated to do well like there is no doubt so you are bang on that this is a better way to play the whole delivery theme.