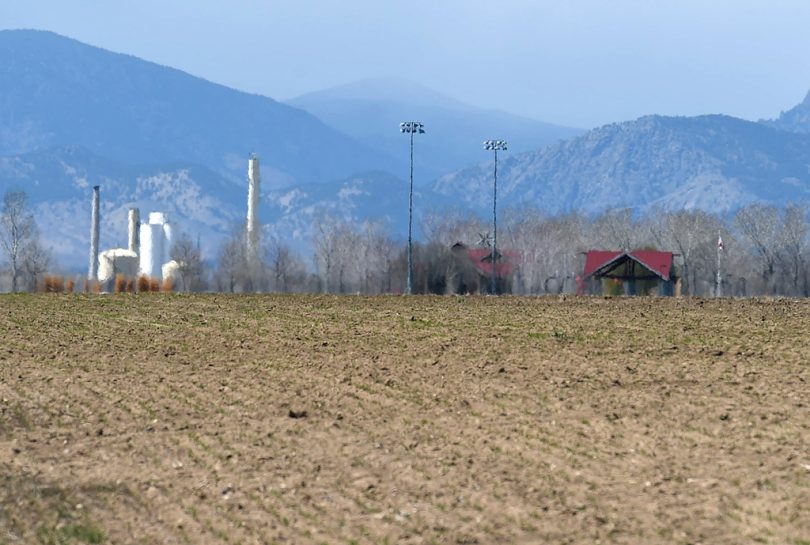 In accordance with city of Loveland oil and gas regulations, MRG, LLC, will be holding a virtual neighborhood meeting on Monday to discuss its plans for new drilling in southeast Loveland.

Representatives from MRG, a McWhinney-affiliated company, will share details of the proposed South (CS) well pad, which will be located east of Loveland Sports Park, near County Road 20E.

MRG filed a letter of intent with the city for this development in March 2022. According to information in that letter, the pad will house up to 11 horizontal wells, with construction and drilling expected to take several months.

City planners will be facilitating the meeting and presenting an overview of the application process for oil and gas development in the city. There will also be a discussion of the approval process for the Colorado Oil and Gas Conservation Commission (COGCC), and how to navigate its online application system.

Meeting participants will get a chance to ask questions of both city planners and MRG representatives, and share feedback, which will be used in the administrative review process.

According to a city press release, notice of this meeting was issued to neighbors within a 2,200-foot radius of the property on Dec. 29. Information has also been posted on the city’s oil and gas webpage.

In August, the city announced that it had struck a deal with another McWhinney affiliated company to exchange a city-owned parcel adjacent to the proposed drilling site for land along the Big Thompson River that will be used for recreational open space.

By relinquishing the house on the property, the city loses its standing to object as a residential property owner within the 2,000 foot setback mandated by COGCC rules. However, the city still has oversight as the “relevant local government” in the process, according to the city attorney’s office.

This is the second of two proposed developments that MRG is planning in Loveland. In December, the company filed a formal application to construct the East (CE) well-pad and production facility north of U.S. 34, near the new Kinston residential development, which is also affiliated with McWhinney.

That site is expected to hold 15 wells, drilled a mile underground and extending 7,900 feet to the west, under the interstate.

The application is currently under the city’s “Track 2” review process, which gives Loveland development director Brett Limbaugh final authority to approve or deny the application. Per the city’s oil and gas website, the process is expected to take four to six months.

The proposed development is also currently under review by the COGCC. During the public comment period on the application, which is viewable at the COGCC website, nearly 120 area residents shared their thoughts on the proposal, all but two of them opposed to it. Commenters expressed concern about the development’s potential impacts on local air and water quality and the danger of contamination from chemicals used in the drilling and production processes.

The COGCC comment period has closed, but a hearing for the development before the commission has been scheduled for Feb. 22. Application documents are available for review at cogcc.state.co.us/permits2.html#/ogdp. Search for pending Form 2As in Larimer County.

Loveland is accepting online comments for the East CE development through Jan. 16 at lovgov.org/services/development-services/oil-gas-development-in-loveland/contact-the-city.

Monday’s community meeting for the South (CS) well pad will be held on Zoom from 5:30 to 7:30 p.m. For more information or to register, visit lovgov.org/services/development-services/oil-gas-development-in-loveland.