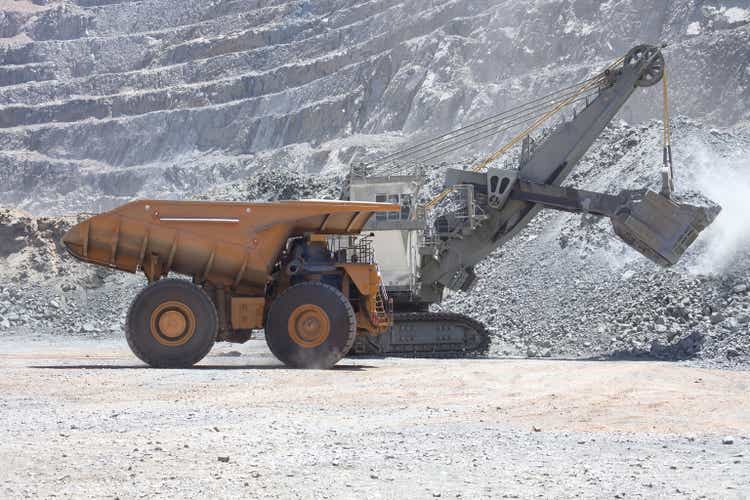 Lundin Mining (OTCPK:LUNMF) (TSX:LUN:CA) is a large copper producer with assets all over the world. Although copper is the primary metal, let’s also not forget Lundin produces respectable amounts of zinc and nickel.

There are two important reasons why I like Lundin Mining. First of all, the exposure to copper is excellent, and on top of that, Lundin is operating in safe jurisdictions. Although there recently have been some concerns about Chile, those concerns appear to be related to projects getting close to or are currently in the permitting phase. Existing mines are still operating as normal. Secondly, the balance sheet of Lundin is exceptionally robust: as of the end of September, the company actually had a net cash position and that definitely helps Lundin to get through difficult and/or uncertain times.

The third quarter was okay, but results are overshadowed by provisional pricing issues

During the third quarter of this year, Lundin Mining sold in excess of 62,000 tonnes of copper (the image in the introduction shows the metal production numbers, the actual amount of metal that has been sold can be different due to the timing of shipments). Additionally, about 32,500 tonnes of zinc and 3,700 tonnes of nickel were sold. And Lundin obviously doesn’t just produce base metals: the gold and silver production is quite respectable as well, with respectively 43,000 ounces and almost 1 million ounces.

This phenomenon is easy to explain: a base metals company needs to record the revenue the moment the concentrate leaves its property. But most commercial offtake agreements include a settlement date on the day the buyer actually takes delivery of a concentrate shipment. And if the copper price starts to decrease between the moment the concentrate leaves the mine gate (or the port) and the moment the buyer takes possession of the concentrate, an adjustment needs to be recorded. That goes unnoticeable if these changes occur within the quarter but are a bit more complicated when a shipment leaves Lundin in Q2 but arrives in Q3. Just to give you a theoretical example: if company XYZ would ship 10 million pounds of copper on June 20 when the price is roughly $4/pound, company XYZ will record a $40M revenue.

But as you may remember, the copper price started to decrease in June and July. And as you can see in the image above, the copper price dropped below $3.50 in the first week of July. So if the shipment in our example would have arrived at the buyer when the copper price was $3.50, the revenue shouldn’t have been $40M as initially recorded by company XYZ, but just $35M as the copper price upon arrival is what matters.

As a company cannot attribute that $5M loss to the second quarter, it basically takes an ‘impairment charge’ in the third quarter: that’s what the ‘prior period adjustments’ are. And that works both ways.

Lundin includes these adjustments in its revenue calculation, as you can clearly see below. This basically means the financial statements provided by Lundin are based on a copper price of $3.03 per pound. And that helps to explain the ‘earnings miss’.

Lundin’s bottom line shows a net loss of approximately $11.2M and as you can see below, the pre-tax income would actually have been positive to the tune of approximately $63M if it wasn’t for those provisional pricing adjustments. Additionally, Lundin is also expensing the cash spent on the development stage projects, including the recently acquired Josemaria project. And that helps to explain why the business development expenses almost ten-folded compared to the third quarter of 2021.

The cash flow statement shows a positive operating cash flow of $36.3M in the third quarter, but we need to add back the $145M in working capital investments, but we also need to deduct the $7M in lease and interest payments.

This means that on an adjusted basis, the operating cash flow was $174M. And while that’s not sufficient to cover the $199.5M in capital expenditures incurred during the third quarter, there’s more than meets the eye here. A bunch of the capex is classified as growth. And as you can see below, the total sustaining capex was approximately $153M. That’s quite high as it is higher than the depreciation and amortization expenses, but it indicates the company would still be free cash flow positive at a realized copper price of $3.03 per pound. Barely cash flow positive, that’s true, but still cash flow positive.

And that immediately explains the leverage on the copper price Lundin is offering. At $3 copper, the company is basically breaking even. At $3.60 copper, the company is generating about US$0.43 per share in sustaining free cash flow. And at an average realized copper price of $3.92 per pound (the average realized price in H1 2022), the annualized sustaining free cash flow comes in at US$0.61.

If you expect the copper price to move up towards $4 again, then Lundin Mining could be an interesting company thanks to its exposure to copper, and thanks to its very strong balance sheet.