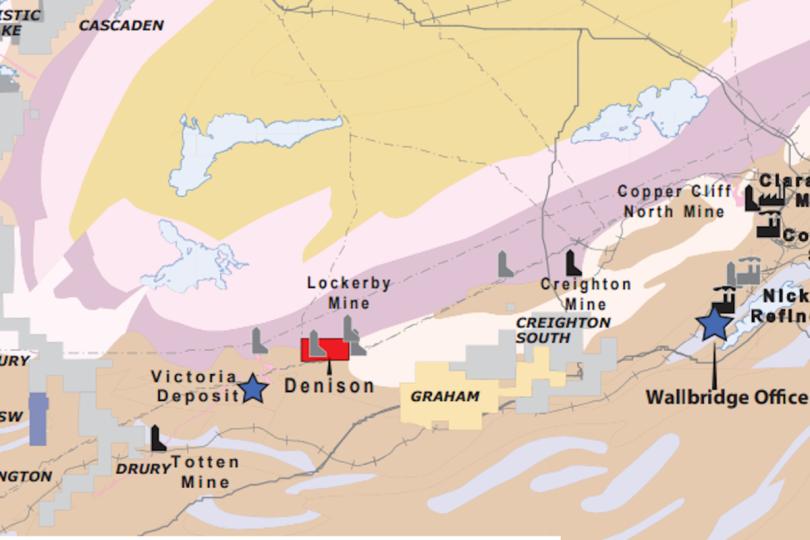 A Sudbury junior miner, with big ambitions to become a major Sudbury-area nickel producer, has picked up a choice piece of ground.

Magna Mining has entered into a definitive share purchase agreement to acquire all of the shares of Lonmin Canada in a deal worth $16 million.

The prize is the Denison Project which features the past producing Crean Hill Mine, a former Inco (now Vale) nickel and copper operation in the southwestern corner of the Sudbury basin.

Nickel is one of the world’s most in-demand metals. It’s a critical metal used in battery manufacturing for electric vehicles.

Crean Hill operated off and on from 1905 to 2002. A total of 20.3 million tons of nickel, copper and platinum group metals were mined from underground and three open pits.

The Denison Project is located 37 kilometres east of Magna’s main project, Shakespeare, a former open-pit base metal mine, just north of McKerrow, an advanced project that the company wants to bring into production.

The company views Denison as having considerable upside when it comes to discovering and mining new and existing high-grade ore. .

In a letter to shareholders, Magna management called the Crean Hill acquisition ”transformational,” one that should put them on the path to become the “next mid-tier nickel producer in Canada.”

“The Crean Hill Mine was a significant producer in the Sudbury basin for more than 80 years,” said Magna CEO Jason Jessup in a news release, “and we believe the Denison Project has potential to add tremendous value through development of the remaining historical mineral resources and additional exploration on the property.

“The successful closing of this transaction will be transformative for Magna and has several potential synergies with Magna’s fully permitted, advanced stage Shakespeare Project.”

Magna said it’ll make its plans for Denison known in the weeks and months to come, starting with the release of a new mineral estimate.

The company already has a sizeable amount of historic and recent exploration data to work with. Between 2005 and 2017, Lonmin explored and drilled extensively at Denison, punching 279 drill holes for a total of 91,390 metres, often hitting platinum and palladium mineralization and high-grade nickel and copper.

To fund upcoming exploration and development work at Denison, Magna said it plans to raise up to $20 million through a private placement financing arrangement by the end of this month.